Roadster Shop made a big splash last year with its 1970 “Rampage” Camaro concept, and it would not rest until it devised a proper following act.

Well, we think they’ve succeeded with the 2015 Chevrolet Colorado Prerunner concept, which debuted this week at the 2015 SEMA Show. If you missed the debut, we’ll catch you up briefly.

The 2015 Colorado Prerunner concept receives power from a 7.0-liter LS7 V8. So, yes, it’s fast, but the craftsmanship that has gone into creating the entire truck is truly incredible.

A full-blown custom suspension, with 22-inch front and 27-inch rear travel, and a Curie Full floater nine-inch rear end are only the beginning. The 2015 Colorado Prerunner benefits from 4130 front arms, spindles and trailing arms, Fox racing 2.5-inch diameter coils and 3.5-inch series bypass with 2.5-inch bump-stops and Wilwood six-piston front and rear brakes. And a healthy does of meaty BF Goodrich rubber ensures the 2015 Colorado Prerunner is nearly unstoppable. 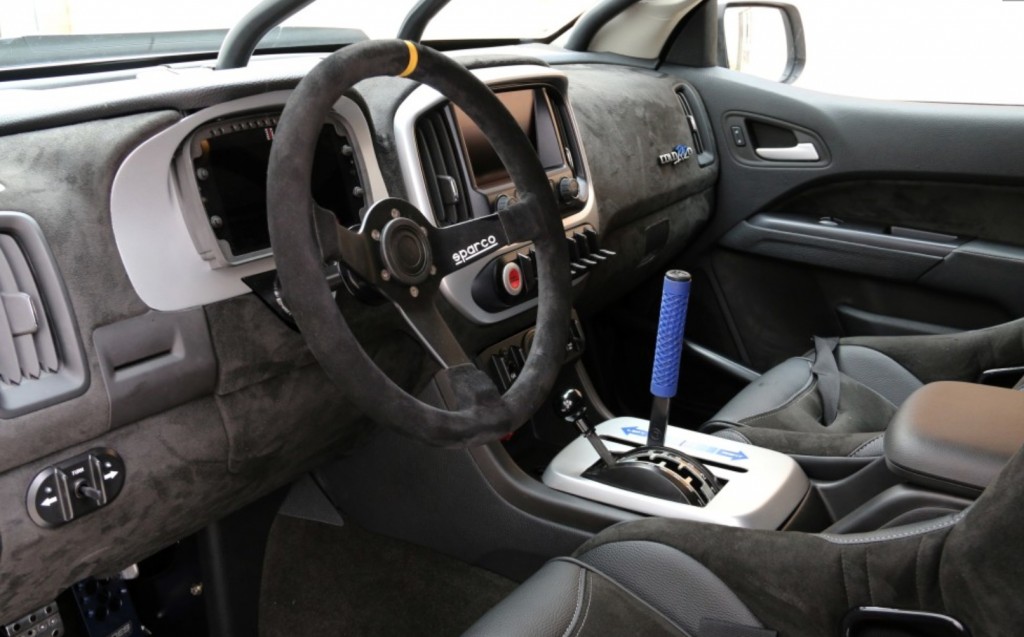 With the technicals laid out, we can also say it’s truly one bad looking truck. Bad in the good way, like the kids say these days. Though, Roadster Shop would rather use the adjective “rad” to describe its build, as the eagle-eyed viewer will notice the rear “Colorado” badge has been modified to read “ColoRADo.”

So, how are you feeling about the concept? A job well done? Or, were you expecting something more? Sound off in our poll, and talk to us in the comment section.