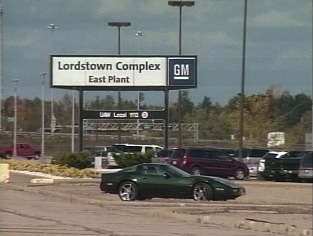 UAW workers all over the country have been voting on the new contract during the week, which offers several new benefits and financial incentives. Besides the Lansing Grand River plant that voted in approval of the new deal earlier in the week, employees of the following seven GM plants have done so as well:

Locals 1112 and 1714 that represent GM’s Lordstown, Ohio plant voted yes by 72 percent and 66 percent, respectively. The plant has roughly 4,200 workers who stamp parts for and assemble the Chevrolet Cruze.

Local 602, which represents about 3,200 workers who stamp parts and assemble the Buick Enclave, Chevrolet Traverse and GMC Acadia at GM’s Lansing Delta Township Assembly, approved the new agreement by 53 percent to 47 percent, as 54 percent among production workers offset the 57 percent rejection by skilled trades.

On Friday, workers at GM’s engine plant in Tonawanda, New York passed the new contract by a narrow 51 percent.

Workers at GM’s Fort Wayne plant in Indiana that builds Chevy and GMC pickup trucks, voted in favor of the four-year agreement, passing it with a 58 percent majority on Thursday.

The Ft. Wayne vote was crucial in the voting process because nearly 4,000 UAW members work at the facility.

About 1,300 voters represented a 54 percent majority in favor of the deal at UAW Local 22 that represents workers at GM’s Detroit-Hamtramck Assembly Plant.

Also on Thursday, Local 163 that represents about 220 workers at GM’s Romulus engine plant in Michigan reported an approval of 54 percent to 46 percent.

Some of the terms of the new GM-UAW agreement are as follows: