Opel and sister brand Vauxhall have made it clear the crossovers are coming. The brands currently sell a single CUV — the subcompact Mokka, lacking product in an exploding segment. But the GM subsidiaries will remedy the product gaps.

Autocar has divulged new details on what the upcoming Opel-Vauxhall crossover strategy will be while also providing a loose timeline on when European consumers should expect the new models.

First up are the fruits of the sour Peugeot-Citroen General Motors partnership. Despite the partnership going south for the most part, the automakers have committed to two new vehicles sharing a common platform. Those two models will be one subcompact vehicle replacing the MPV-style Meriva (shared with the Peugeot 2008) and one midsize MPV to replace Zafira MPV (shared with the Peugeot 3008). Both models are expected to arrive well before a new Opel-Vauxhall flagship crossover sometime in 2017.

Though the report states that the midsize vehicle will also replace the ancient Antara, we believe that this is incorrect, and that the Antara will receive a second generation with an Opel-Vauxhall equivalent of the new, D2XX-based Buick Envision, itself more on the compact side than midsize. But we digress.

The latest details shed light on the larger, flagship SUV. GM has already committed over $290 million USD to the development of a range-topping crossover-SUV for Opel-Vauxhall. It’s likely that this model will also be brought into the Buick range as the next-, second-generation Buick Enclave. If that is the case, the U.S. could see this vehicle before Opel, as reports indicate the Opel-Vauxhall variant will not be ready until 2019. 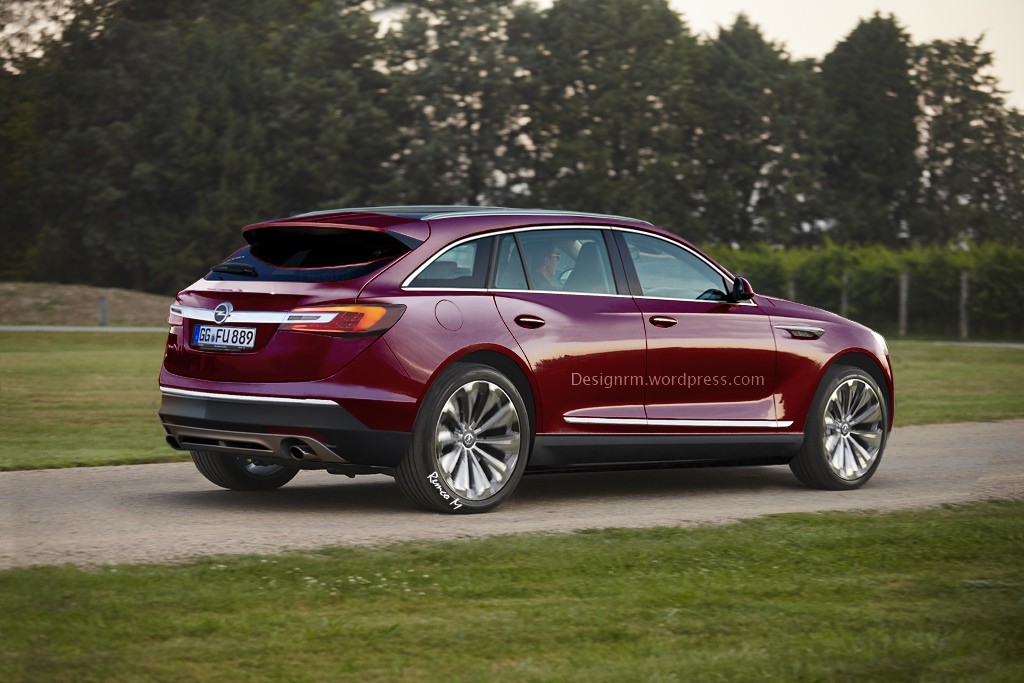 Above: a rendering of the rumored Opel Flagship SUV By RM Design

The vehicle  will sit on GM’s E2XX platform, and allow for all-wheel and front-wheel drive applications. The report notes sources have commented on a “radical” change in the dashboard layout and interior design, which features a large center screen. The overall exterior styling has been likened to somewhere between a Range Rover Evoque, though larger and with more usability.

Should this vehicle arrive in 2019, Buick certainly shouldn’t mind. The current 2016 Buick Enclave continues to soldier through its first generation and post healthy sales numbers, and it will continue on in the same form as the 2017 Enclave.