Remember the Chevrolet Aveo? Well, it has been Mexico’s best-selling car for quite a while, and it was recently named the country’s most dangerous vehicle by a Latin American auto safety group. The title comes as a result of the vehicle scoring zero starts out of a possible five in recent crash safety tests conducted in Mexico.

But given that the Aveo starts at 134,800 Mexican Pesos, or roughly $8,000 USD, the results shouldn’t be too surprising. After all, the Aveo doesn’t even have airbags in the Mexican market, and the vehicle on which it is based (or shall we say, the vehicle that the Aveo is a rebadge of) — the Daewoo Kalos T200 — was released in 2002. After 14 years on the market, the equivalent of centuries in the rapidly-changing automotive landscape, the Aveo has received a few changes and enhancements here and there, but nothing that would drastically change or improve its performance in safety tests or real-world accidents.

Speaking of, the safety tests in question were conducted by the Latin New Car Assessment Program (NCAP). The organization operates throughout Latin America with the objective of improving occupant protection and car safety.

We feel responsible to note that GM has replaced the Aveo with an all-new model in 2011. Sold as the Sonic in North American markets, the vehicle is substantially more modern and safer than the first-gen Aveo that Chevy continues to sell in Mexico, where it is sold alongside the Daewoo-based Aveo with a starting price of 166,200 Mexican Pesos ($9,900 USD). 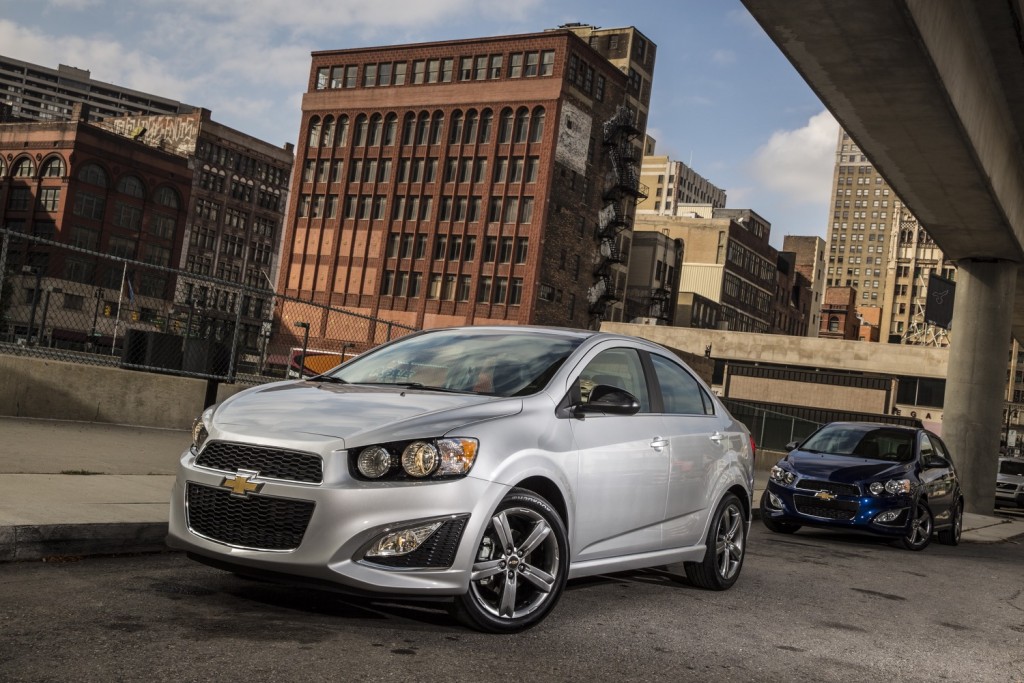 The 2016 Chevy Sonic (pictured) replaced the Daewoo-based Chevy Aveo in most global markets. But in Mexico, the Sonic is sold as a more expensive alternative to the Aveo.