Gorgeous, handsome, elegant, flowing; any of those adjectives could describe the 2017 Buick LaCrosse and its new interior cabin pretty well. In fact, “elegant” and “flowing” are two words Liz Wetzel, LaCrosse interior design director, really enjoyed using when we spoke with her at the 2015 Los Angeles Auto Show.

Normally, we take a feature spotlight to look at one particular piece of a new vehicle, but we think taking this whole interior and taking a closer look would bring more insight.

Foremost, Wetzel said what we see here is the future direction of Buick interior design. That means expect to see more of those horizontal lines, running the style into the doors of the cabin with much fluidity. Wetzel said this approach not only creates a more cohesive look, but it makes for a visually more spacious and balanced cabin. 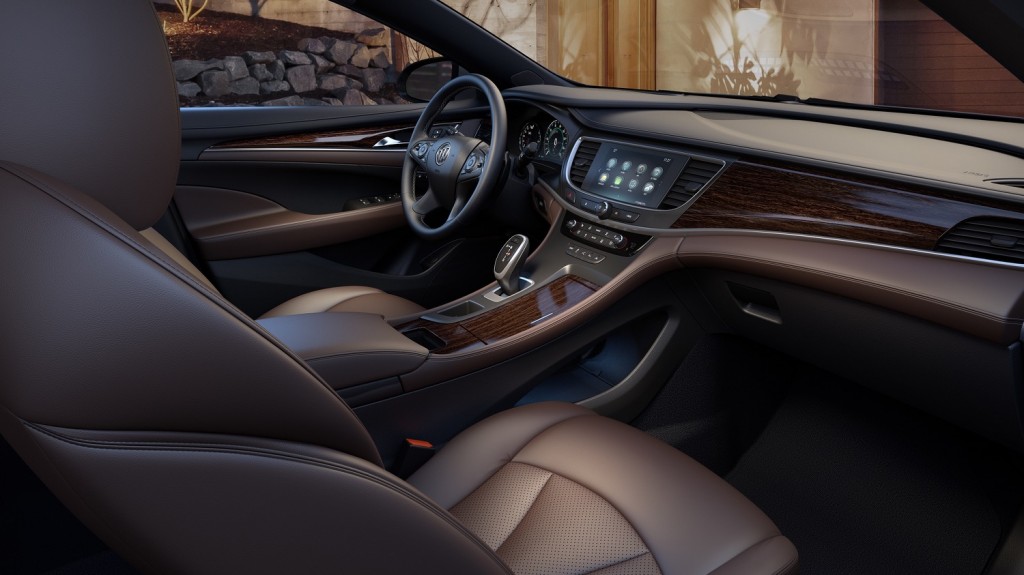 One of the biggest pieces to this new interior design is the addition of a floating center console, made possible by the 2017 Buick LaCrosse’s use of the eight-speed transmission with Electronic Precision Shift. Wetzel said her design team was eager to implement the technology and return the space normally taken up by a traditional shifter back to the consumer. The space is ideal to store items up to the size of a tablet. 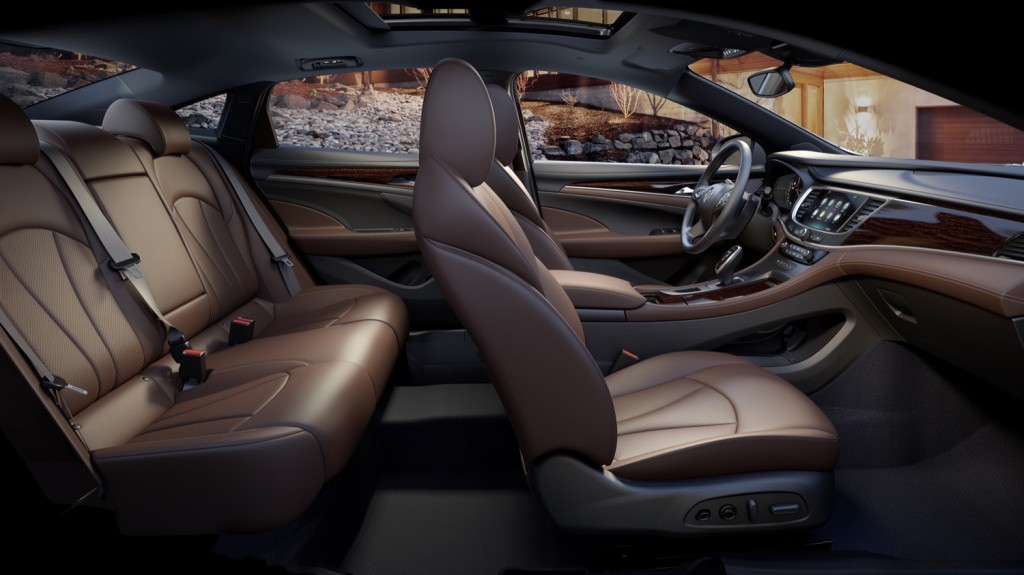 Finally, Wetzel said the 2017 LaCrosse become the perfect time to introduce a new, modern lighting scheme for the car. Gone are the aqua blue accents lights, though, they can still be found in small doses in the interior cluster and dashboard.

Instead, new Moon White ambient lighting takes its place. Wetzel said it creates a much more modern and premium look, noting the aqua blue became too pungent at times in the outgoing car, especially with certain interior color combinations.

We tip our hats to the 2017 Buick LaCrosse interior design team because, as you can see, it’s truly a job well done.