Previously, Chevrolet announced availability of the LT4 6.2-liter supercharged V8 engine, as seen in the 2016 C7 Corvette Z06 and 2016 Cadillac CTS-V, in crate engine form. The bowtie brand is keen to showcase the possibilities with its continued line of crate engines, and it has brought a special application to the 2015 SEMA Show.

Chevrolet has revealed the 1970 Camaro RS LT4 concept and, as the name implies, power comes from the LT4 supercharged V8, sent through a T-56 Super Magnum six-speed manual transmission. 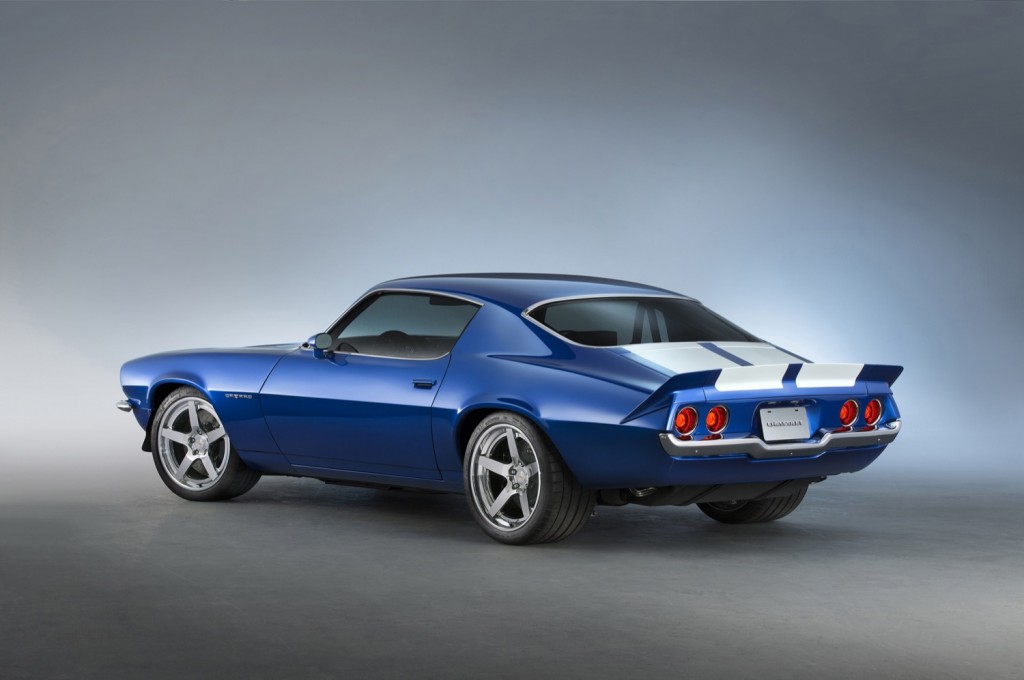 “Chevrolet Performance pioneered the concept of high-performance crate engines and the LT4 represents a new threshold in technologically advanced, production-based choices for builders,” said Jim Campbell, Chevrolet U.S. vice president of Performance Vehicles and Motorsports. “Whether it’s in a classic Camaro, like this resto-mod concept, or a vintage truck or street rod, the possibilities are almost endless – and that’s exactly how we continue to fuel the dreams of enthusiasts.”

In order to handle the 650 hp and 650 lb-ft of torque provided by the potent powertrain, the 1970 Camaro has had its chassis and suspension completely reworked. Namely, an independent front suspension with coil-overs and a rack-and-pinion steering system, as well as a four-link rear suspension, also with coil-overs, help create the ultimate resto-mod.

Stopping power is handled by modern disc brakes, also trickle down from the Corvette Z06 upgraded brake kit for the 2016 C7 Corvette Stingray.

While the real story is under the hood, the exterior of the car looks just as deserving of the power. Finished in a factory 2016 Chevrolet Camaro color, Hyper Blue, and accentuated with white rally stripes, the overall design brings the 1970 Camaro into the 21st century, additionally featuring LED head and taillights.

Inside, the black, stock-appearing cabin features custom-trimmed seats from a third-generation Camaro and a custom instrument cluster with new gauges that work with the powertrain’s electronic systems. The instrument panel itself is wrapped in custom-trimmed leather.

Soak it in, enthusiasts. This truly sits upon a throne for the ultimate in vintage Camaro resto-modding.