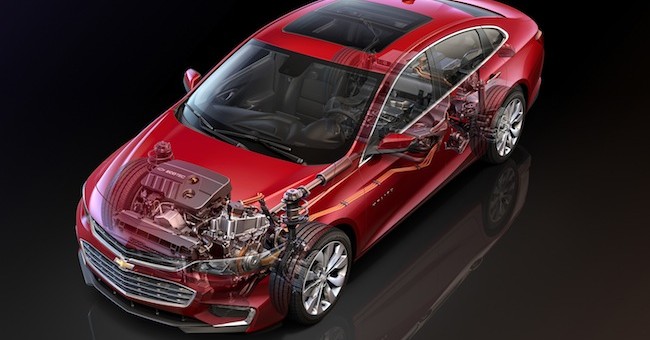 There is always than meets the eye. That can be said for engineering, business and, specifically here, strategy. Chevrolet knows what it’s doing to ensure two successful frugal vehicles in its lineup, and Hybrid Cars has broken it down.

The reality is this: the 2016 Chevrolet Malibu Hybrid gets and estimated 47 mpg with a 1.8-liter four-cylinder hybrid setup. The 2016 Chevrolet Volt returns 42 mpg with its PHEV (partial hybrid electric vehicle) configuration. Many have asked, why would Chevrolet not give the 2016 Volt everything it could stuff into the car for the best fuel economy for a range-topping eco car?

That’s where the strategy comes into play.

Chevrolet notes the 2016 Malibu Hybrid was engineered and designed to be a formidable player among a highly-contested segment. The Honda Accord Hybrid returns 47 mpg, the Ford Fusion Hybrid will sits with 42 mpg and the Camry comes in close with 41 mpg.

The 2016 Volt on the other hand is meant to cater to a completely different crowd. This consumer, as identified by Chevrolet, does not want to burn gasoline at all, doing everything in their power to stay within the Volt’s 53 mile electric range. As you can see, these are very different customers when viewed in this fashion.

The technicals of how Chevrolet has achieved greatly fuel economy in the 2016 Malibu Hybrid can be attributed to a host of new engineering, including the car’s new exhaust gas heat recovery. In the same of profitability, and strategy, these kinds of technologies were left out of the 2016 Volt.

Chevrolet won’t put all it has in one basket. A PHEV, a hybrid and an upcoming pure EV will cater to many different consumers. It’s all a part of that strategy concept.