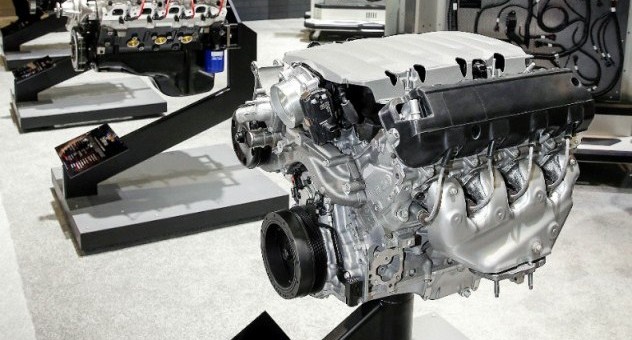 Everyone loves a solid LS swap, but with Chevrolet Performance beginning to offer the new 6.2L LT1 V8 crate engine, the engine first seen in the C7 Corvette Stingray and 2016 Camaro SS, there is now a more modern option. Such a swap was spotted at Holley LS Fest in this 1968 Chevrolet C10 with an LT1-swap done by Muscle Rods down in Georgia. LSXTV managed to get an interview with the builder of what could become the first “modern day LT1-swapped” Chevy C10 pickup.

Phil Brewer, the owner of Muscle Rods, gave LSXTV insight on the swap, and it wasn’t without some learning curves.

“You can only run a 1 & 7/8th-inch sized exhaust manifold on the LT1 engine,” Brewer said. “Because the exhaust ports are that size, we had to build custom fabricated exhaust manifolds which flow to a two-inch collector.”

Aside from this, Brewer mentions that finding an oil pan to fit without any modification was the most challenging aspect of engineering the swap. Brewer also went over the installation process.

“We never had to trim a single thing,” he told LSXTV. “We build our kits on actual cars, that are owned by actual enthusiasts. We don’t fabricate a generic component which requires extensive modification to actually make it work. Everything will bolt into the stock location as if it were a factory replacement.” So, a bolt-on solution to an LT1 swap is highly appealing, include the fact that all components are backed by a lifetime warranty and we’d say it’s a sure success.

The swapped truck is technically just a prototype, but from the looks of it along with Muscle Rods’ 10-year proven track record we imagine it won’t be too much longer until we start seeing some videos of this bad-ass Chevrolet truck on the road. For more on this new-age swap click here.