Holden continues to push its Commodore as its bread and butter before the ultimate demise of the rear-wheel drive V8-powered sedan heads to the automotive graveyard, according to General Motors executives.

There’s no doubt the 2016 Holden VF Commodore Series II will be a hot seller, and the brand knows it, expecting pent up demand for the final iteration of the locally-built family sedan with a super saloon alter ego.

In a letter mailed to Holden employees, Managing Director and Chairman, Mark Bernhard, addressed and explained the 2016 VF Commodore Series II sits as a special vehicle, and announced the brand will offer an exclusive 2016 Commodore Series II Reserve Edition. 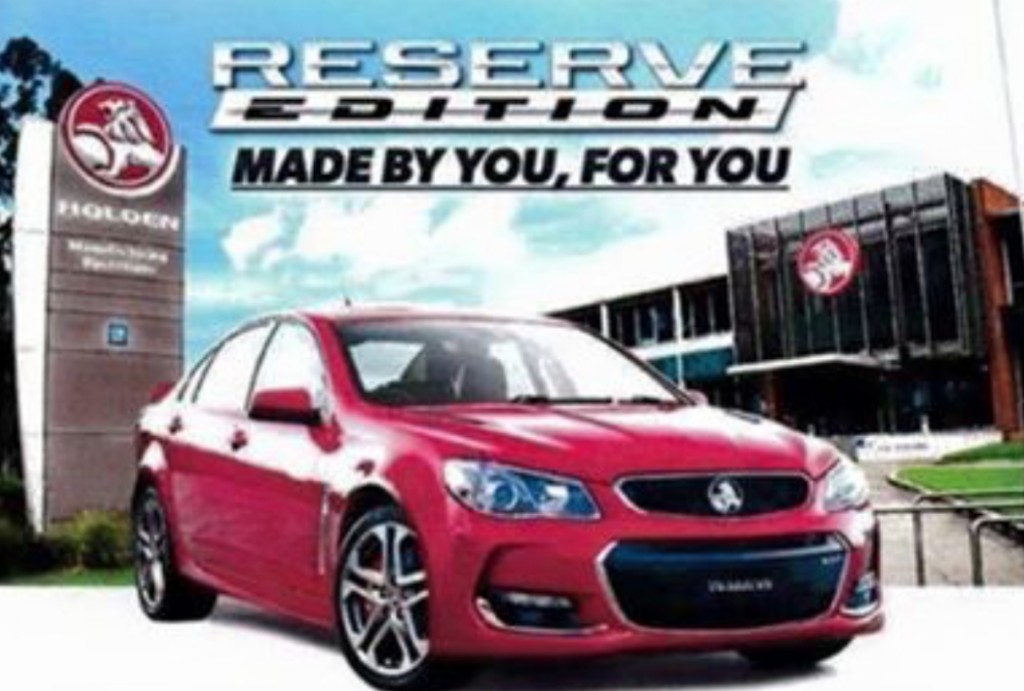 But, there’s a catch. The Commodore Series II Reserve Edition will be offered only to permanent employees who have been with the company since at latest December 11, 2013.

In the letter, Bernhard describes the Reserve Edition as a chance for the people who built Commodore to own their own piece of history, adding it is “the creation by people who love and cherish the Commodore nameplate.”

The Reserve Edition package may be applied to select Commodore SV6 and SSV Redline models and includes the following at no extra cost:

Each vehicle will be individually engraved with the owner’s unique employee number ID on the vehicle’s build plate and, to bump the future collectable status, each Commodore Reserve Edition comes with its production line broadcast sheet, the check sheet that accompanies each vehicle through Holden’s Elizabeth plant.

Employees have until December 31 2015 to place an order for their own exclusive vehicle, with production of the one-off variant beginning next May.

The letter explained the idea for the Reserve Edition was thought up by a group of staff members following the news Holden manufacturing would cease in 2017.

A small-sentimental gift of gratification to a group of people who have made one hell of a car for so many years.