We were recently invited to Corsa Performance headquarters in Berea, Ohio for a tour of what makes the performance exhaust company one of the number one choices among General Motors fans. From Chevrolet Camaros, to the Cadillac ATS, each exhaust system is designed, and manufactured in-house for a final top-notch product.

Through our tour of the plant’s operations, where we saw the hand welding of the exhausts take place, the laser engraving for exhaust tips and a tedious final inspection process before packaging, we were able to ask Brent Noward, TMG Performance Products Marketing Manager, a few questions regarding future product for some of our favorite GM-branded vehicles.

Of course, we spoke about the 2016 Chevrolet Camaro, quite possibly the most exciting launch for Chevrolet this year. The answer as to whether Corsa will develop an exhaust for the 2016 Camaro: absolutely. But, not each engine is guaranteed support. Noward explained Corsa builds for a passionate market, which normally leans on the V8 buyers’ support for a vehicle like the Chevrolet Camaro.

Specifically, that means the market will dictate if the LGX 3.6-liter V6 and LTG 2.0-liter turbo four 2016 Camaro receive the Corsa exhaust treatment. Though, if lead Camaro engineer, Al Oppenheiser’s, premonition on the success of a turbo-four 2016 Camaro is anything to place bets on, the turbo-four market may require a second round of market research.

Part of these strategic decisions have to do with Corsa’s unique manufacturing process. The performance exhaust manufacturer utilizes its patented Reflective Sound Cancellation technology in every single exhaust it manufacturers. As the photograph below shows, it’s a tedious design to bring to life, and the hand welding truly creates a one-of-a-kind product for each vehicle application. 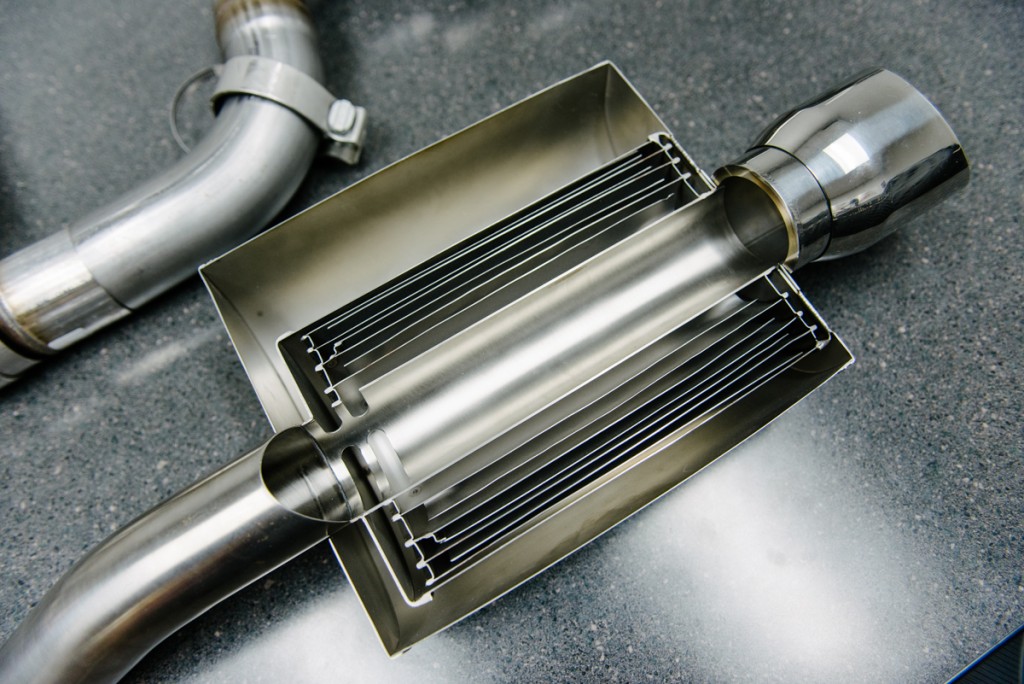 Noward explained with the launch of the 2016 Camaro, it becomes an opportunity to reintroduce Corsa to a new set of buyers, and has become the car the company is most looking forward to engineering its product for.

And, speaking of looking forward to the car, it most likely won’t be until 2016 when we’re graced with a Corsa exhaust for the 2016 Camaro, featuring the LT1 6.2-liter V8. Noward says, after securing a new Camaro, approximately 60 days of research and development will take place, with another 60 days devoted to fine tuning a pilot production exhaust before ramping up full-scale production.

But, judging by his excitement, you can bet Corsa will be working long and hard to reach Camaro fans with this sixth-generation of Chevrolet’s iconic pony car.