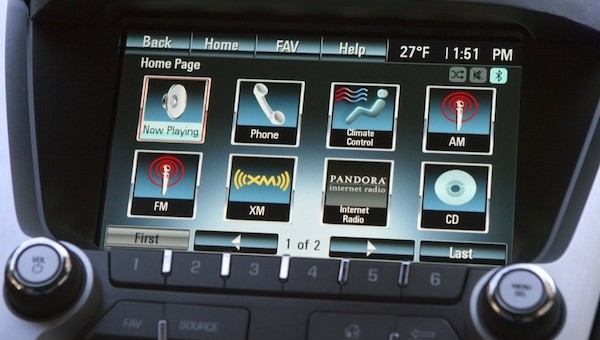 According to the AAA Foundation for Traffic Safety, a recent study shows that the Chevrolet Equinox (and Buick LaCrosse) has the best voice-activated system out of ten 2015 model-year vehicles.

We know best can mean a lot of different things, and in this case it seems the 2015 Equinox’s voice recognition is best in terms of safety. That is, it’s the least distracting when compared to the other vehicles’ software. An Edmunds report further analyzes the results of the study, and tells us researchers discovered that “potentially unsafe levels of mental distraction” can last up to nearly half a minute after completing a distracting task in the worst-performing systems studied. The 2015 Equinox and LaCrosse performed “best” because they “had fewer errors, required less time on task, and were relatively easy to use.”

The test was based on a 5 point scale, with 5 being the worst – in this case most dangerous/distracting. The Equinox and LaCrosse earned a rating of 2.4, with the Toyota 4Runner following with a 2.9. The Ford Taurus, Chevrolet Malibu, Volkswagen Passat, Nissan Altima, Chrysler 200C, and Hyundai Sonata all received scores of more than three points. Lastly was the Mazda 6, with a 4.6 rating that was equivalent to updating social media while driving. #LastPlace.

What’s this mean exactly? Peter Kissinger, president and CEO of the AAA Foundation for Traffic Safety makes the connection.

“The lasting effects of mental distraction pose a hidden and pervasive danger that would likely come as a surprise to most drivers,” he stated. “The results indicate that motorists could miss stop signs, pedestrians, and other vehicles while the mind is readjusting to the task of driving.”