Most of the time, when automakers churn out a mid-cycle refresh for a vehicle, it’s something subtle. The design may be tweaked slightly, and a few additional features may round out the entire blend of refreshing. While the 2016 Chevrolet Silverado is a loose interpretation of what we’ve defined here, there’s been a lot of effort given to make this feel more like an all-new truck, rather than a refresh.

That’s immediately apparent when staring straight into the 2016 Silverado 1500’s new front fascia. Chevrolet was keen to give us a walk around of the truck’s styling, speaking about how much care went into redesigning a truck for some of Chevrolet’s most loyal customers.

And, according to Chevrolet, customers said chrome was no longer very important to them, something also evident from the Deep Ocean Blue Silverado we tested, complete with the Z71 package. Frankly, it’s a good look for the truck. Minimal chrome keeps the eye moving through the entire front end, leading into a thin-chrome stripping above the new signature LED lighting. But, should chrome still be your thing, Chevrolet will happily point you towards the High Country variant, which amps up the flashiness. 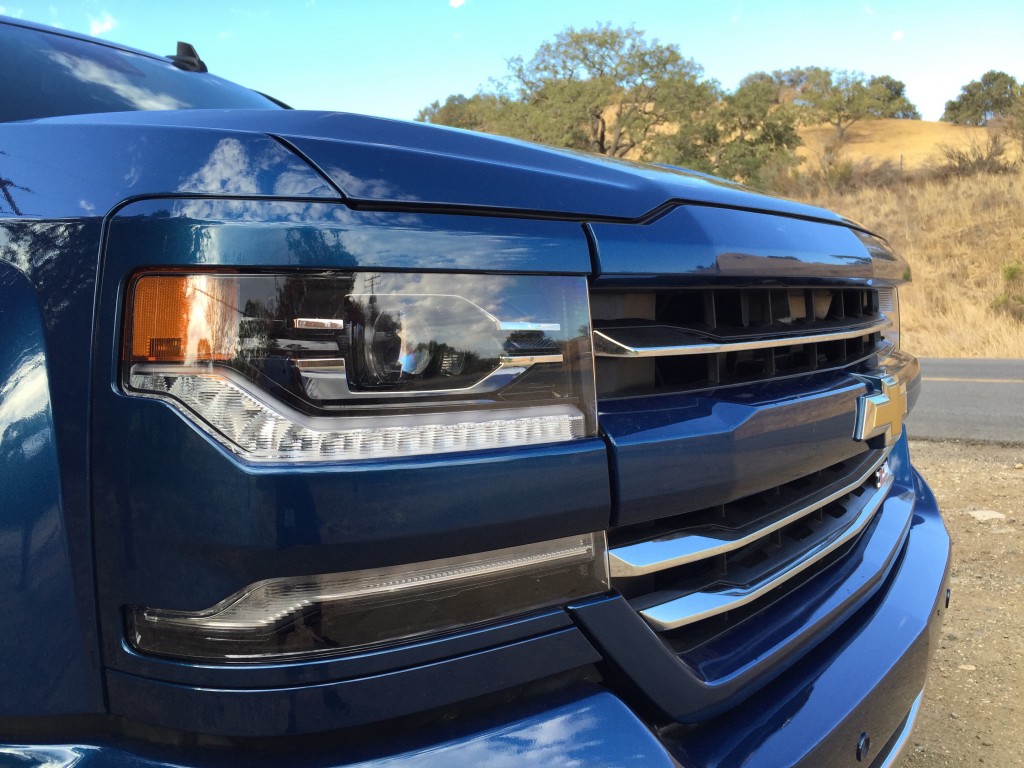 In the rear, a new taillight design keeps things fresh, yet familiar, tying in well with the extensive redesign of the front fascia. Anyone we spoke with seemed to be in agreement: the design is a winner.

Our 2016 Silverado was equipped with the 5.3-liter EcoTec3 V8, which has now been paired with the 8L90 eight-speed automatic, one of the largest additions to this refreshed Silverado.

First, the bad. The eight-speed isn’t standard across the entire lineup. Those looking for the extra cogs will have to step into the LTZ, Z71 or High Country trims. Also bad is the transmission’s low-speed confusion, quickly swapping cogs in a clunky fury around town occasionally. 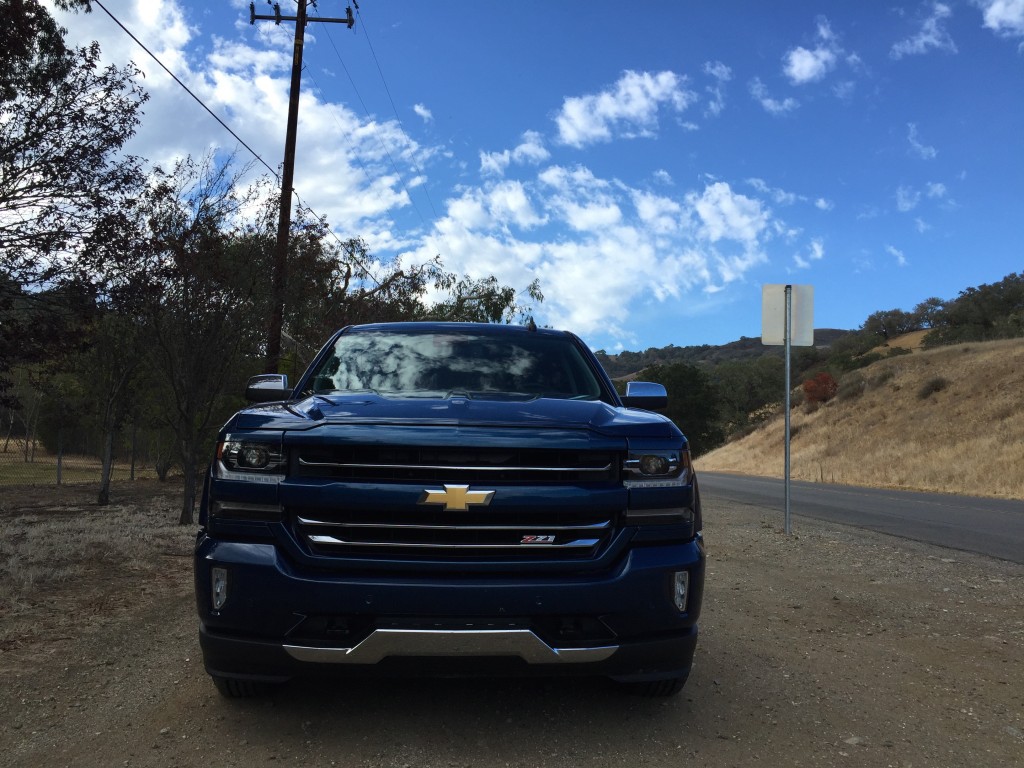 Now, the good. We were able to muster 21.2 mpg from the 2016 Silverado with the eight-speed auto. That’s up four mpg from the current combined ratings for the truck. Although, our route did involve a bit more highway driving than in town cruising. Interestingly, Chevrolet said it does not plan on the EPA ratings to change much with the addition of the transmission. Rather, customers will notice the change in real world miles per gallon.

Also good is the overall performance of the gearbox. The gears are flipped through quickly and efficiently, and the transmission is always ready to drop a gear when the accelerator is buried. This was especially true when passing slow-moving traffic on the highway.

Among other notable features was Apple CarPlay, which worked seamlessly. There was also wireless phone charging. And, on high trim levels, the running boards may now rotate to the rear to allow easier access to the bed of the truck.

Chevrolet says the 2016 refresh of the truck was always a planned process, but admits its competition has aggressively entered new territory, meaning the design and engineering team listened carefully to Silverado customers to interpret what would make this current-generation Silverado a continued success.

And, as we approach the 100th anniversary of the Chevrolet pickup in 2018, the bowtie brand should have no problem selling its storied work horse. Only this time, it’s a little more efficient, and a lot more stylish. 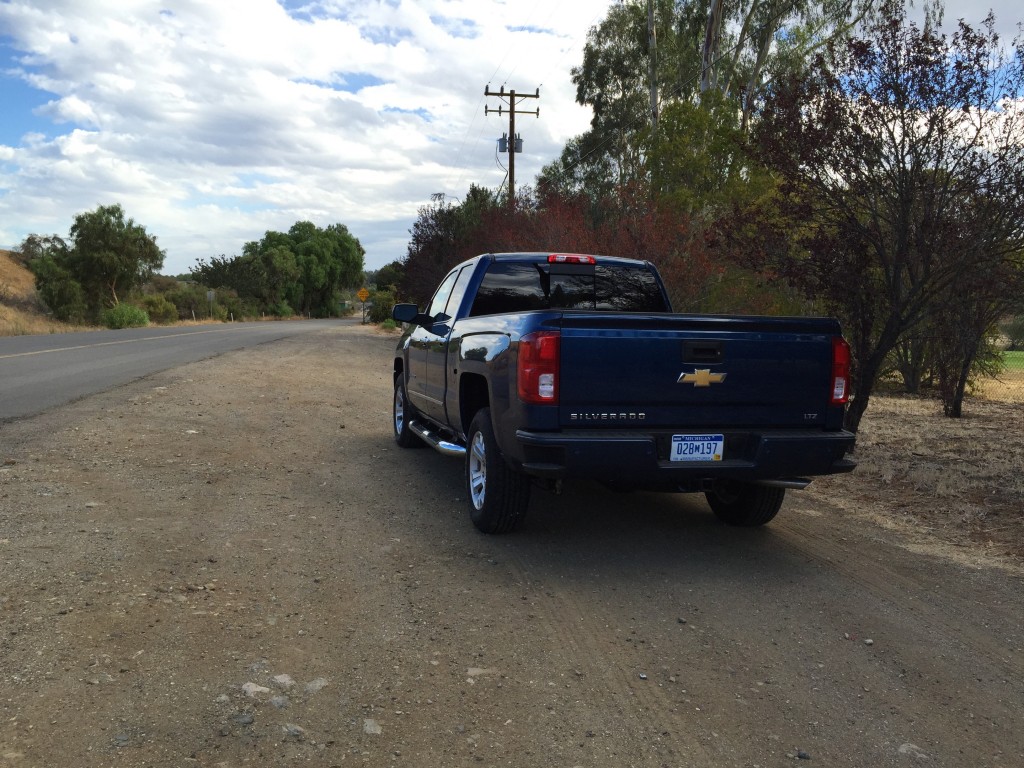