Diesel: it’s not the cleanest word in the automotive vernacular as of recent, but here we are in Solvang, California, just outside of Santa Barbara, where Chevrolet has invited us to drive the 2016 Colorado Duramax.

The 2.8-liter Duramax turbocharged four-cylinder diesel has been a long-awaited engine option for the Chevrolet Colorado since it resurfaced from the midsize pickup graveyard. And, we’re here to report it’s quite good.

The 2.8-liter Duramax tries extraordinarily hard to act like a regular petrol-powered Chevy Colorado. That’s for better, or for worse, depending on how thrashy one likes their diesel engines to be. Sure, there’s the diesel buyer who yearns for school bus like sounds at idle. That buyer most likely won’t be looking at the Colorado Duramax. 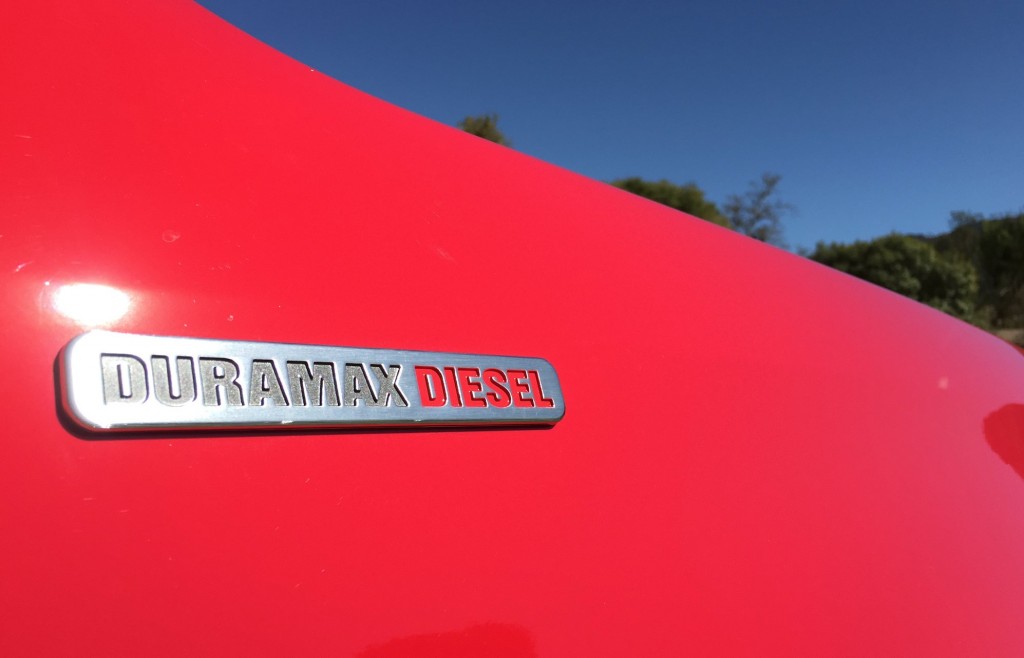 Those in search of a livable diesel application in a midsize package should take note, though. The 2016 Chevrolet Colorado Duramax is whisper quiet at cruise. And we mean whisper. Cruising down Highway 101 revealed more wind noise than engine noise to upset the silence of the cabin.

Stomp on the accelerator, and the truck’s low-end grunt of 369 lb-ft of torque has no problem uttering out a diesel-infused growl, however. This is about torque, not horsepower. And the 2016 Chevrolet Colorado Duramax never feels down on power.

The 2.8-liter Duramax also plays very well with the automatic transmission, never kicking down excessively in a search for the proper gear and optimum power. This became apparent as we headed into the local twisties and vineyards. Through steep slopes and long crests, the Duramax kept its cool, merely waiting until more torque was requested to drop a gear.

Chevrolet was keen to highlight the noise and vibration factors surrounding the 2016 Colorado Duramax, too. On paper, it sounds great. A Centrifugal Pendulum Vibration Absorber (CPVA) controls harsh vibrations and unpleasant noises, which the brand states is the first application in a General Motors vehicle, as well as in the midsize truck segment.

We’re not engineers, but this CPVA gadgetry seems to work like a charm upon first impression. Firing up the 2016 Colorado Duramax awakens a crisp grunt, much different from its gasoline-sipping cousins. It’s quiet, not harsh, but pleasant would be an overstatement for the noise coming from it. After all, this is still a diesel, not a small-block V8.

Vibrations are nearly inexistent. Putzing around the Dutch-infused scenery of Solvang meant for plenty of stopping, as tourists snapped stereotypical photos of the California landscape. Through the constant stop and go, the truck remained composed, never slipping into something to rattle one’s hands from the limb.

Official EPA estimates for 2016 Colorado Duramax have been pushed back in wake of the current Volkswagen diesel scandal, but we achieved a respectable 24 MPG in mixed driving conditions. Of course, that included plenty of controlled mashes of the accelerator, ensuring all 369 lb-ft of torque was still there. It was.

Inside, things are much the same when taking in the interior, except one major addition: Apple CarPlay.

CarPlay was up and running in the 2016 Colorado Duramax, and ran seamlessly through the “Projection” icon on the original infotainment screen. Siri was responsive, read text messages, made phone calls and had no trouble finding points of interest, either.

If there was one disappointment with Apple CarPlay, it would be the screen resolution. The OE graphics look great on the 2016 Colorado’s infotainment screen, but the large Apple icons look a tad pixelated at times. Picking nits, but something noticeable to the “technology and stuff” crowd.

It’s difficult to pin the 2016 Chevy Colorado Duramax’s competition. It’s the only midsize truck to offer such a powerplant. Without a note of comparison, it comes off as a formidable alternative to the LFX 3.6-liter V6. And, with 7,700-pounds of towing capacity, it’s sure to find more than a few lovers.

Enough to ensure Duramax is not a dirty word. 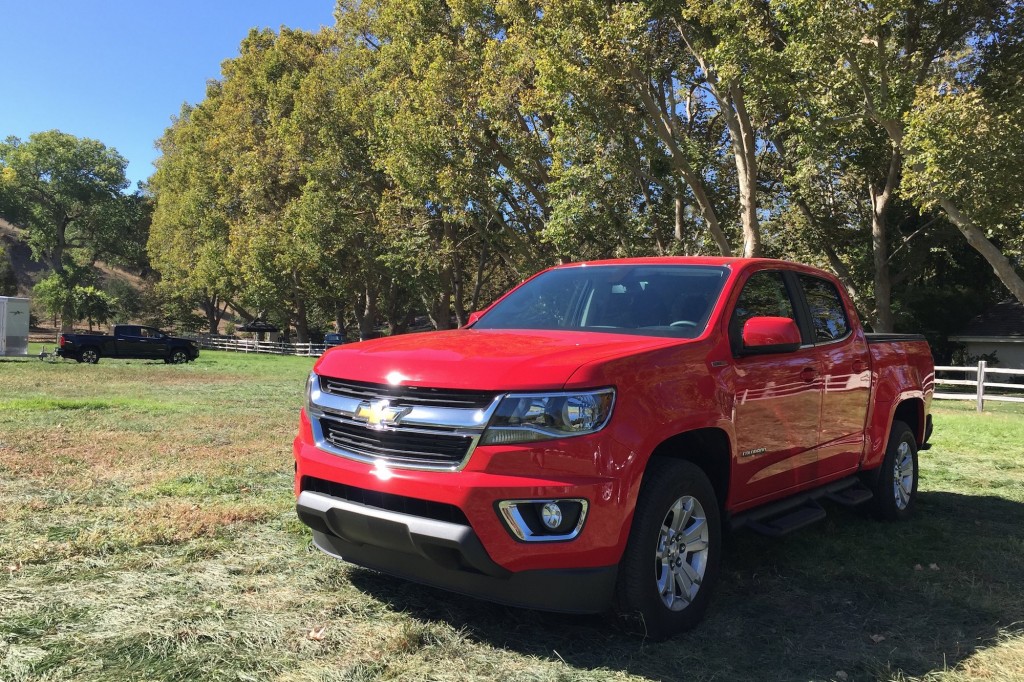