Ten years ago, well, even five years ago, if someone told you about “tracking” a Buick, jaws would collectively drop most likely.

Fast forward to this decade, and Buick has reintroduced the Regal name to the lineup, with a lot of influence from newfound cousin Opel. Yes, we’ve already driven the Buick Regal GS, but Buick specifically invited us to put it through its paces at the Autobahn Country Club in Joliet, Illinois.

And Buick is happy to point out all the content is exactly the same. Lower price, same content. Great, right? As long as you’re not looking for the six-speed manual transmission, as Buick has quietly phased the manual option out for the entire Regal line, making the six-speed automatic the only option. 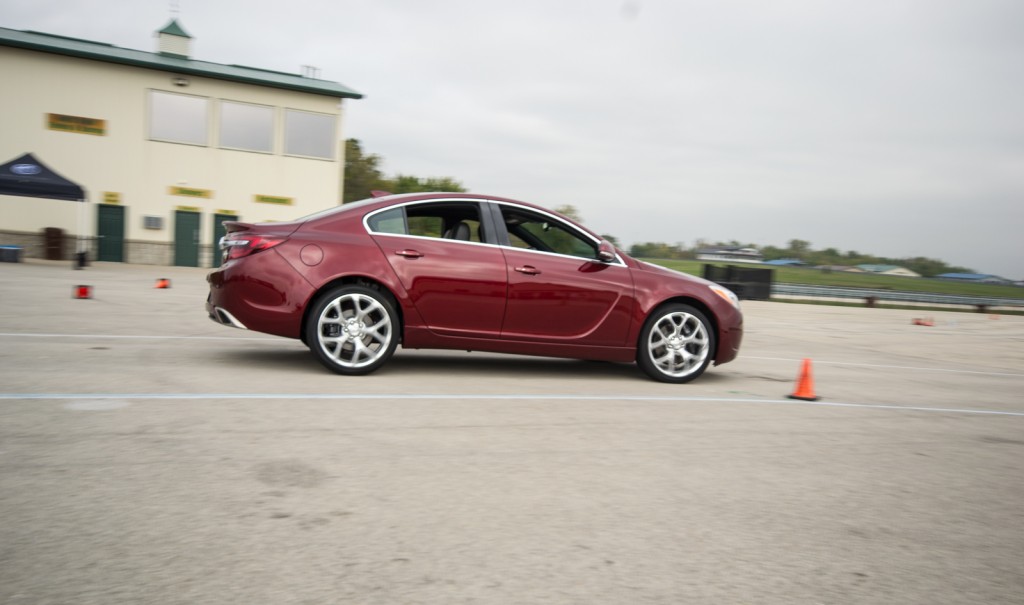 With this background information, we took off to the circuit and autocross course to see if a GS badge was truly earned.

Foremost, the low-end torque arriving with the 2.0-liter turbocharged four-cylinder is superb. But, it’s a bit of an illusion. Peak torque arrives at 2,500 RPM, and maintains itself through 4,000 RPM. That meant engaging the “GS” button, and revealing its revised throttle mapping and more tactile steering feel, made for a lovely first impression leaving the pits.

Unfortunately, the engine really begins to run out of breath come 3,800 RPM. Straightaways became the car’s worst nightmare on the circuit. Though, through the apexes, the 2016 Regal GS and its electronic limited-slip differential really inspired confidence, and the active all-wheel drive sent power accordingly where it was needed.

With those thoughts, we headed to the autocross track, where the 2016 Buick Regal GS proved a much better cone hunter than corner killer.

Yes, the steering feel is a bit vague, and body roll is abundant, but the 2016 Regal GS revealed a more playful character as it was tossed through the slalom of cones. Smiles ensued. We have a feeling this has something to do with keeping the 295 lb-ft of torque available at much lower speeds around an autocross setup, rather than revving it goodbye after 4,000 RPM on the track.

The question then arose after our time with the 2016 Regal GS: does it do enough to be a true sports sedan? Yes, and no. It has a lot of the right sport sedan pieces and bits, but they all need to bake just a tad longer to truly earn a sport sedan title.

But, there’s a reason Buick has kept this car around. The brand knows it has the start of something special here. It just hasn’t arrived quite yet. 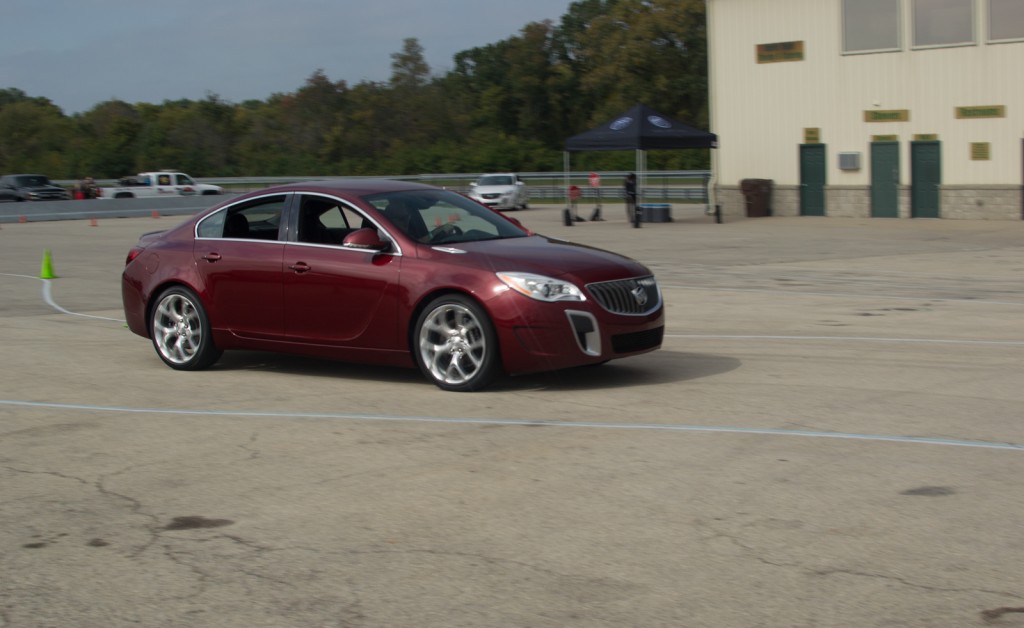