Those following GM’s announcement of the all-new, 2016 Chevy Cruze may remember that the new compact will deliver GM’s all-new 1.4-liter turbo-charged four-cylinder engine. At the time, we thought that the Cruze will serve as the launch vehicle for the new boosted Ecotec, but as it turns out, it’s the 2016 Buick Encore in Sport Touring model that got the engine first.

Though fuel economy has yet to be determined, expect it to be higher than the 25 mpg city / 33 mpg highway / 28 mpg combined in the Encore (FWD) with the 1.4T LUV, thanks to technologies like direct injection and engine stop/start: 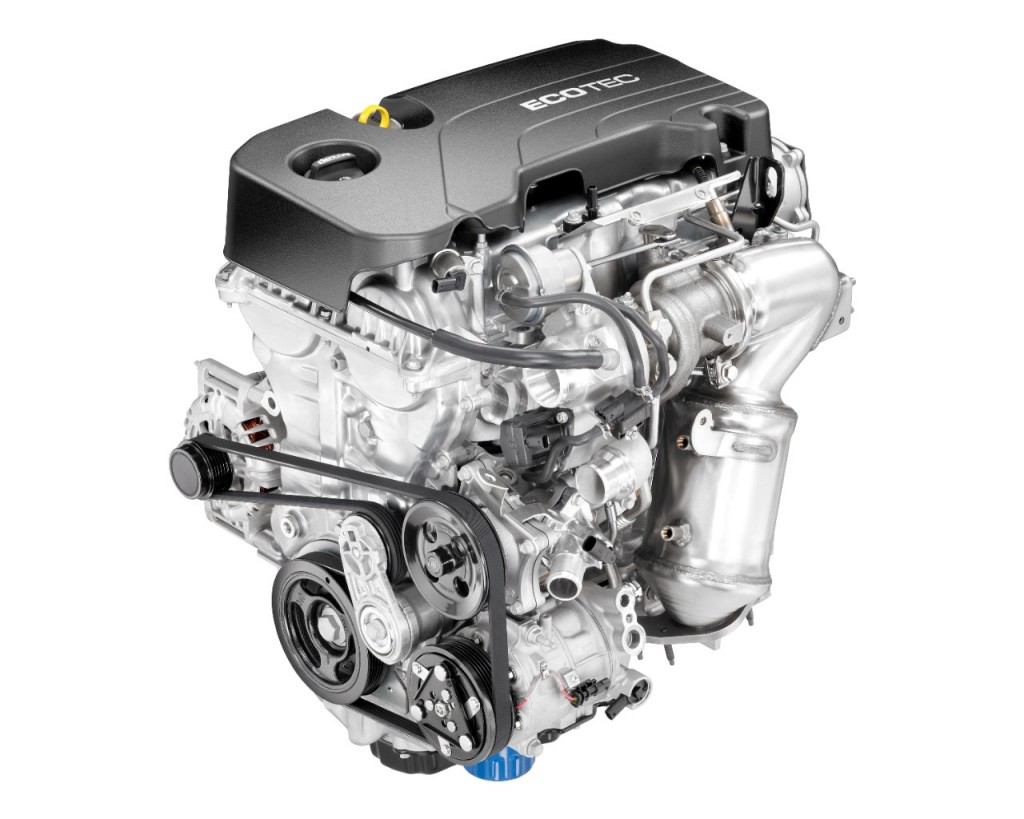 Some notable features of the 1.4L Turbo LE2 engine include:

All those improvements translate to some pretty healthy gains — 15 horsepower (9 kW) and 29 pound-feet (40 Nm) of torque — compared to the 1.4T LUV, in a package that’s the same displacement and (we expect) more fuel efficient, too.

Going forward, we expect GM to use the 1.4L Turbo LE2 across a wide variety of small vehicles, including the: