You may have already heard about the Cadillac ATS sunroof recall, which was prompted by insufficient recess on the Slide and Tilt switches on ATS Sedans equipped with the optional sunroof.

To comply with said federal regulations, Cadillac is having dealers replace the sunroof switch trim plate. The problem is that the new switch trim plate doesn’t exactly look good. Witness the before and after: 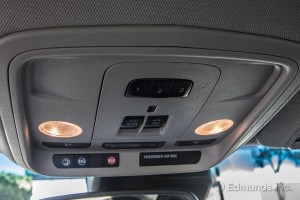 Before the recall: notice the area leading up to sunroof controls is flat. Click to expand. 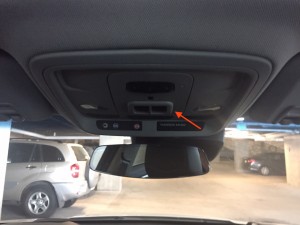 After the recall: notice the area leading up to the sunroof controls has a bump so as to increase the button’s recess. Click to expand.

To us, the new new plate makes the (already not-very-attractive) overhead console look like it’s from the era when computers were all beige and ran Windows 95. Not only that, but the new, fatter trim plate also hides the Tilt and Slide buttons, requiring the driver to look under the buttons to access them.

All in all, we would have liked to see Cadillac design a better solution to this particular recall, especially given that we’re talking luxury products for a brand that is trying to rebuild itself.