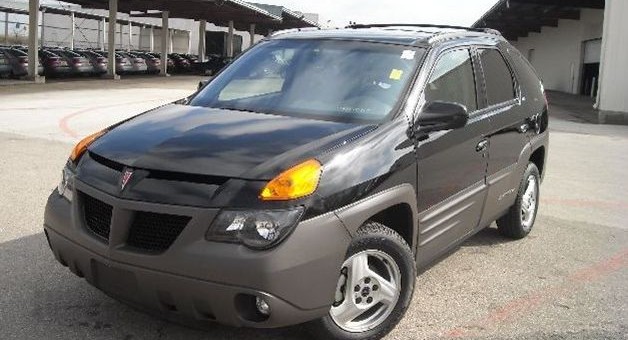 Countless studies have shown millennials to be a different kind of shopper. They’re more frugal, and sometimes lay the buying process out multiple times before pulling the trigger. Especially on a consumer good like a car.

After the Pontiac Aztek‘s quick fall from grace, having to do with its decidedly fugly looks, the crossover landed on the used car market with affordable prices. The kind of prices millennials love. And Edmunds says that’s a major reason the car has found many fans with the kids these days.

“Millennials are more practical used-car shoppers than we might otherwise credit them,” Edmunds analyst Jeremy Acevedo said in a news release. “They may not go into the shopping process targeting these lesser-known vehicles, but when they see how their price tags stack up against other, better-known vehicles, they suddenly become a lot more attractive.”

Within the last five years, the Pontiac Aztek has been among the top-ten vehicles with the highest share of millennial buyers. But, pop culture may also have something to do with it.

The abstract Aztek landed a peculiar role as the vehicle of choice for main character, Walter White, from the immensely popular Breaking Bad series.

“It’s one of those quirky purchases that we’re coming to see more of with this generation,” said Acevedo.

In the Aztek’s defense, its design seems to have aged a bit better over time, as designs have morphed and changed over the past ten years, the crossover certainly doesn’t evoke as much of an uproar as it once did. At least not with millennials.