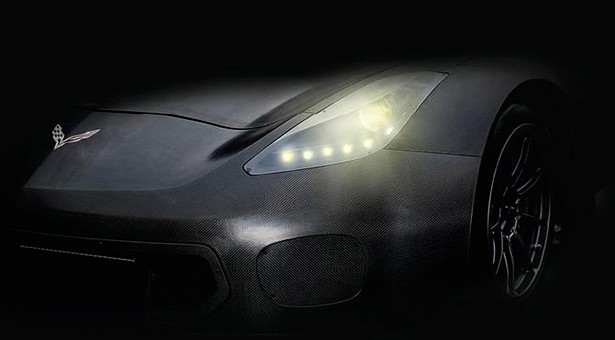 For decades Callaway Cars has massaged and tuned Corvettes and in that time it’s built quite a formidable reputation (really, one look at the Sledgehammer is all you need).

Now, the company is all geared up to unveil its latest creation, the all-new Callaway Corvette C7 GT3-R, on October 3 in the ADAC GT Masters paddock at Hockenheim circuit in Germany, according to Sportscar365.

Work on the privately developed racer first began in 2013, but the build was put on hold at the end of the season due to the GT convergence talks, which sought to introduce a common set of worldwide regulations for the GT3 and GTE race series. The regulations were nixed in May 2014 and that, we imagine, is when Callaway went back to work on the C7 racer.

The new C7 GT3 is set to replace the aging-yet-successful Callaway Corvette Z06.R GT3 at the start of the 2016 season. And it has some big shoes to fill, indeed. Despite its decade-long existence the Z06.R GT3 still managed to snag four podiums in the German ADAC GT Masters series this season, where it currently sits seventh in the standings.

Will the new Callaway Corvette live up to the legacy left by its forbearer? We’ll just have to wait and see.

In the meantime, be sure swing back in early October for all the juicy details on the C7 GT3-R.