The shock absorbers of your Chevrolet Avalanche help to isolate the bed and body from the road as you drive. Without shocks or with worn-out shocks, your truck would ride as if it were a dingy in constantly choppy water. If you’ve seen cars driving down the road bouncing like a person on a bungee cord, you’ve seen prime examples of motorists that need new shocks. In extreme cases, the affected wheel/corner can actually be seen to jump off the surface of the road. Shock absorbers that aren’t doing their job are dangerous because they degrade the amount of control you have of your vehicle, well as causing irregular tire wear issues, causing a tread wear pattern known as cupping. This is because the perceived weight on the affected corner increases and decreases. This article will cover front and rear shock absorber replacement on Chevrolet Avalanche models up through the 2006 model year.

There are three ways you can tell if you need to install new shocks on your Chevy Avalanche. 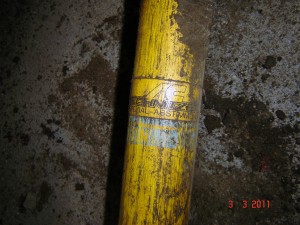 Peer under the truck at the shocks. This is an example of a leaking shock. Image via http://myndasafn.bmwkraftur.is

Tools and Equipment You’ll Need for This Repair Procedure

You’re going to need a socket set for this job. If your truck sits too low to the ground to get under it comfortably and safely, you’ll also need at least one jack stand and a jack. Also wear safety glasses. 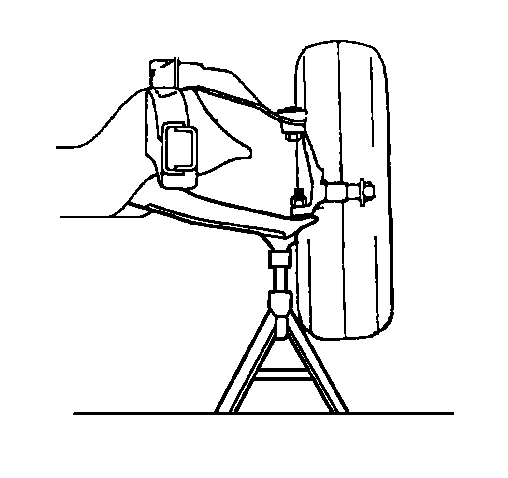 When changing out the fronts, it’s important to support the lower control arm. All illustrations via General Motors.

Getting Ready to Do the Repair

Park the truck on a flat and level surface. This means your driveway, if there is any sort of an angle to your driveway, don’t use it. Set the parking brake firmly and place blocks in front of and behind one rear wheel if doing the fronts or both. If you’re doing the rears, block both sides of one front wheel. This keeps the truck from rolling forward or backwards while you’re working.

Replacing the Front Shocks on Your Avalanche

The front shock absorber on most years of Avalanche. 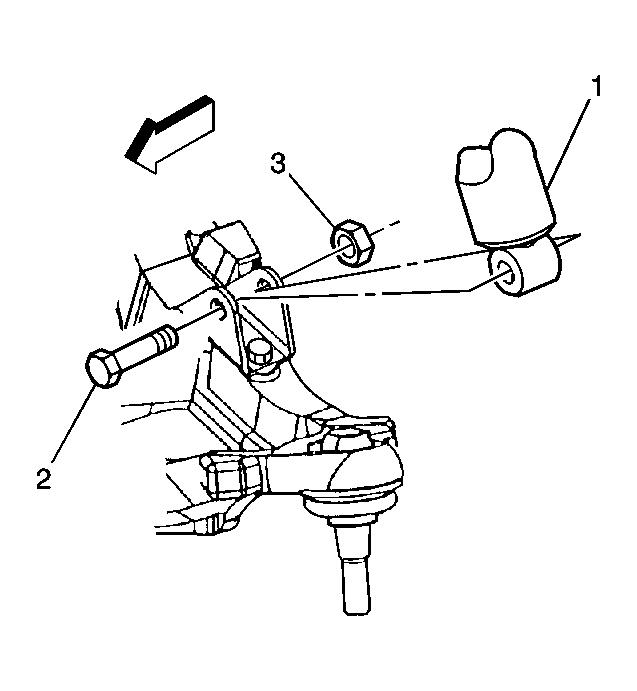 A close-up of the lower shock mount. 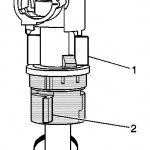 ** After disconnecting the wiring harness, hold the connector body on the shock (the tenon) with a wrench and remove the nut and upper insulator. During reinstallation, torque the nut to 15 foot-pounds.

Replacing the rear shocks is even easier than the fronts. 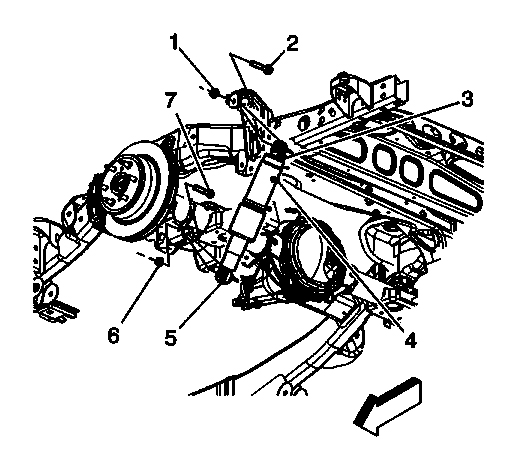 The rear suspension on a “C” model Chevy Avalanche showing the rear shock outboard of the frame. 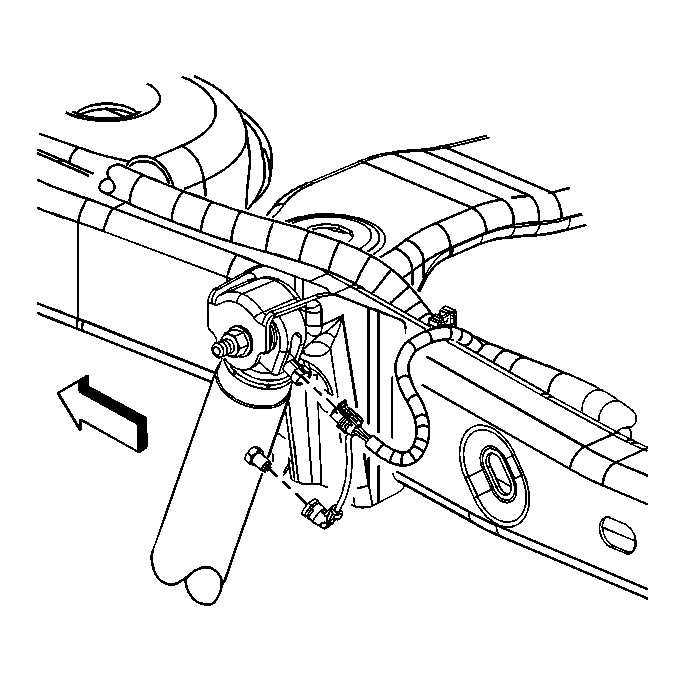 Illustration of the rear shock on “C” model Avalanche on a vehicle equipped with ESC. Note the location of the wiring harness and air line.

ESC-Equipped Vehicles– Disconnect the ESC connector and air line from the shocks before removing the shocks. (Image above) 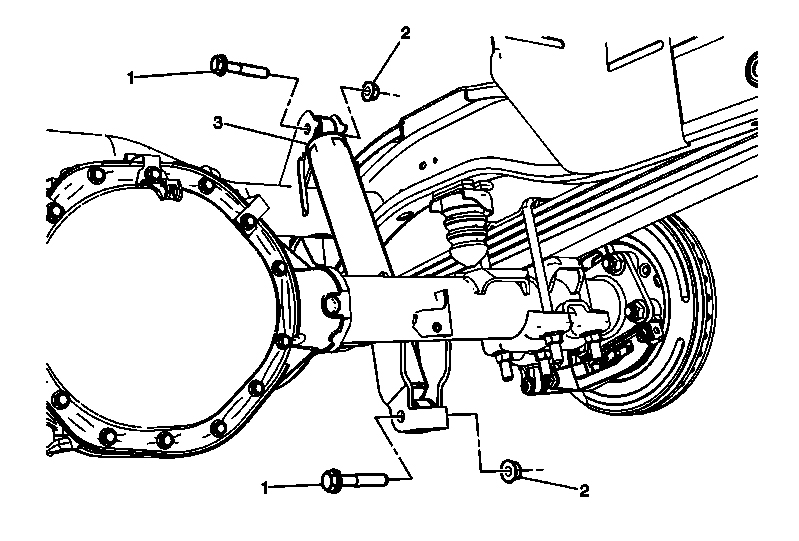 Illustration showing the inboard location on “K” model Chevy Avalanche trucks and the locations of the mounting bolts and nuts.

Note: The directions above are generalizations. Each year and sub-model (15/25) will have minor differences, although the layout will not change much from year to year. For example, rear shocks on 15 Series trucks are outboard of the frame rail while they are inboard on 25 Series trucks.

Always wear safety glasses when working under your vehicle. You’ve only got one set of eyes and even a small metal or rust chip can permanently damage them.

Never attempt this type of repair with your Avalanche parked on an incline such as most driveways. Even with good jack stands, the tugging and pushing you need to do during this repair could cause the truck to fall.

Some models and years of the Chevy Avalanche came equipped with an electronic ride control. You will need to refer to your owner’s manual to see if your truck is one of these. If so, follow the directions in the owner’s manual to deactivate it. You will also need special shock absorbers. If not, two of the most popular brands of shocks for trucks that are used mostly on the road are Monroe (for “Stock” ride quality) and Bilstein (for a more performance type ride) The Monroe part numbers are 39104 for the front and 911506 for the rear for non-ESC-equipped vehicles. It is highly recommended that you pick up a motor manual for your vehicle to get the proper torque specs for your truck. Improper torqueing of the nuts and bolts securing the shock absorbers or ESC connectors can result in damage to the shocks or mounts, the ESC connector, or, if an inadequate amount of torque is applied, the nuts can loosen and fall out.

While these directions cover most possibilities, each year and trim/submodel will vary at least slightly. For this reason it is highly recommended that you pick up a motor/repair manual so you at least have the torque specifications for everything handy.