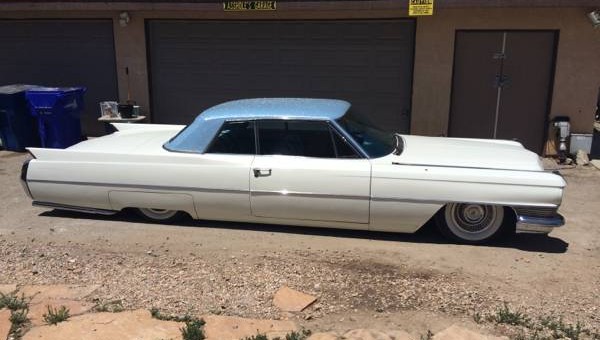 Up for sale on Craigslist for less than $15K could be your pinch-hitting vehicle for this weekend’s Woodward Dream Cruise. Though, it is far from stock, if you care about that sort of thing.

Here we have a (relatively) clean 1964 Cadillac Coupe De Ville that now gets its grunt courtesy of a 5.3L Vortec 5300 V8 lifted from a 2004 Chevrolet Silverado. Aftermarket air filter aside, we’re told the engine is completely stock and counts just 32,000 miles. Not technically an LS-swap, but close enough. 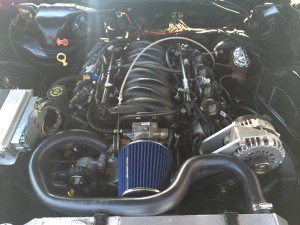 The install looks pretty clean from where we’re standing.

Thankfully, the owner also swapped the tranny for sturdier bit of kit in the form of a 4L60 automatic transmission, also sourced from the now-stripped ’03 Silverado.

There are also loads of other goodies like a custom exhaust, aluminum radiator, custom-made engine mounts, a Walboro fuel pump, and, of course, a custom air suspension setup with Firestone air bags and solenoids and a VIAIR compressor. Put another way, it’ll provide all the front, back and side to side action you can handle. 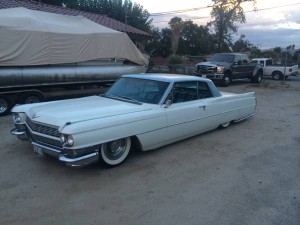 Favored by both modern rappers and The King of Rock and Roll, the second-generation Coupe De Ville (1961-1964) will seemingly forever be revered as a symbol of American luxury, style, and elegance.

And now you can get one with bags, a straight-looking body and a 290 hp V8 for just $14,500 OBO. Other than saving up for a financial stability later in life (boring), it’s probably one of the best ways to spend a hunk of your hard earned cash.