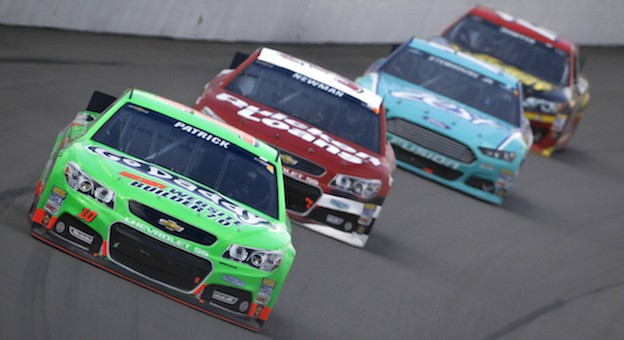 It’s going to be a big weekend in the Motor City. Not only is NASCAR descending upon Michigan International Speedway for the Pure Michigan 400, classic cars will fill Detroit’s Woodward avenue for the annual Woodward Dream Cruise, making it a wonderful time to be a Michigan-based car enthusiast.

Team Chevy will be searching for victory as it heads to MIS, which is situated not far from General Motors’ world headquarters at the Renaissance Center in Detroit. The Chevys have been unable to pull out a win as of late, with the last bowtie victory coming at the Coke Zero 400 at Daytona five races ago.

Making this weekend’s race at MIS extra interesting will be the return of the aerodynamics package first used at Indianapolis Motor Speedway last month. The kit is designed to slow cars and make passing harder, however fans weren’t overly happy with the racing the kit produced at Indy. Team Chevy driver Kurt Busch believes the kit is better suited to the banked MIS circuit and thinks this weekend’s racing will be better than what was seen at Indy.

“The aero package I think NASCAR is trying to gear towards would be better suited for Michigan with the high drag and high drafting probability at a track that is wider and can produce side-by-side type racing,” Busch said. “Michigan should be a way better show than what we saw at Indy. We will see how it plays out. I’m excited about it because I think that package will marry the Michigan racetrack well.”

The Pure Michigan 400 will go green at 2:30 p.m. ET this Sunday August 16. As always, live coverage will be aired on NBCSN and Sirius NASCAR Radio Channel 90 and live scoring and timing can be viewed at NASCAR.com.