If you’ve been under a rock (or mountain for that matter) the past day or so, the White House made an official announcement stating Mt. McKinley in Alaska will officially be renamed, or rather, reversed to its original title: Denali.

The word “Denali” stems from Alaskan natives’ traditional language meaning “the high one,” or “highest point.” The mountain’s name was changed to honor President McKinley in 1896, and has remained since.

According to USA Today, General Motors says the re-re-naming won’t be affecting GMC and its highly-successful, and profitable, Denali sub-brand.

“It had no impact or change on our strategy,” said spokeswoman Kelly Wysocki of GMC. “The name itself means ‘the high one.’ For us, it’s the ultimate expression of our professional grade. That’s our motto at GMC,” Wysocki said. “It reflects back to Denali. It did have to do with Mt. McKinley.”

GMC could easily take advantage of the buzz surrounding this decision and score some seemingly free buzz.

Update: It seems GMC has taken to the situation and put out a quick blip on their official Twitter page. The update shows the Denali badge accompanied by, “It’s always been a name we admire.” 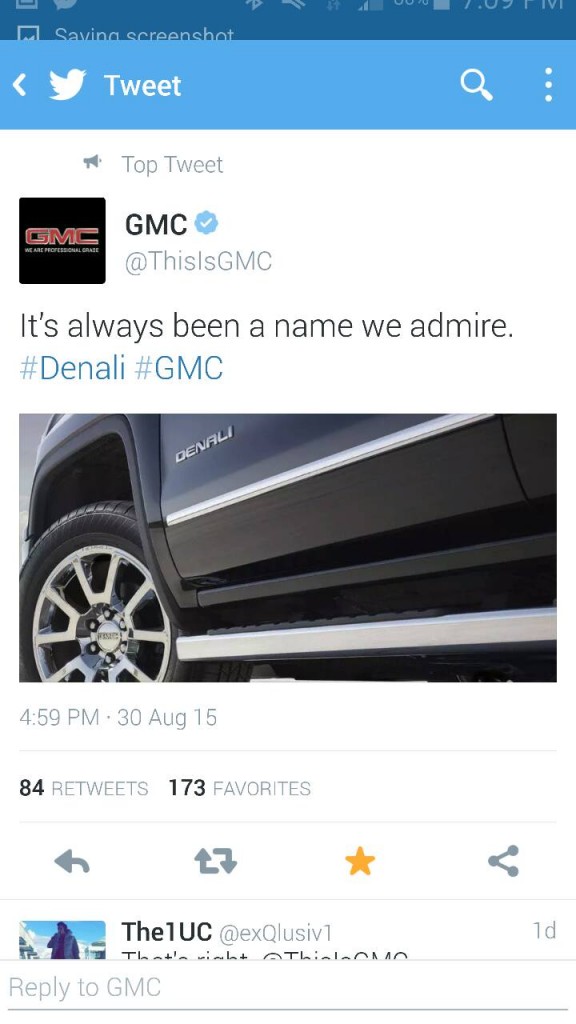