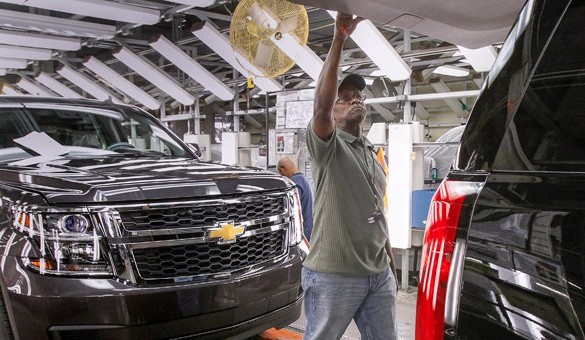 It’s easy to deduce how profitable the segment is for GM, and leans credibility to Reuters sources that GM is eyeing a hefty production increase for its large SUVs and pickup trucks. According to its sources, the Arlington plant will be producing an additional 48,000 to 60,000 vehicles for the 2016 model year.

This comes after a plant spokesperson confirmed the addition of overtime shifts being added on Saturdays at Arlington, which began on August 1.

“Industry sales are running ahead of expectations,” said GM spokesman James Cain. “Sales of our full-size SUVs are very strong and we have been working to find creative ways to increase production to meet demand and rebuild our inventories.”

The plant is capable of producing 1,200 vehicles in one day, therefore, adding one day of production and, subsequently doing the math, comes out to around 60,000 additional SUVs, leaving out the chance for unschedules maintenance or supplier issues.

Cain did not confirm the 60,000 vehicle target but, others inside GM who have been briefed on the strategy, say it’s nearly certain.

The news goes hand-in-hand with the $1.4 billion investment announcement for the Arlington plant, which will see a three-year upgrade process to retool for the next generation of large SUVs.

As for GM’s pickup trucks, sources weren’t as familiar about what the General’s plans were to increase production for those vehicles.