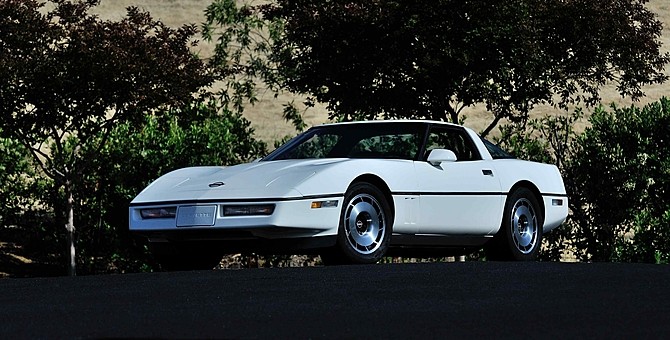 The introduction of the Corvette C4 was, in a way, similar to the advent of the current model. Both models ushered in new styling elements, new technology and represented a tidal shift in the model’s evolution.

The C4 eschewed the sumptuous curves and rolling fenders of the C3 for a fiberglass bodywork that was altogether more sculpted and chiseled. But this big step had to be taken properly.

So, Chevrolet built a remarkable 44 prototype models to help iron out any kinks in the new chassis and technology it planned to shove into the forthcoming model (like a digital dashboard and new Targa top). While none of those mules made onto the market, there is a C4 listed at Mecum Monterey (August 13-15) that is sure to get Corvette fans drooling.

It is the very first C4 ever released to the public.

Those looking to verify its authenticity will be pleased to find a build sheet from the National Corvette Museum, a window sticker, service records, and a copy of the original title. Of course, such status doesn’t come cheap and Mecum estimates it’ll go for somewhere in the $75,000-$100,000 range.

That’s not cheap by any means, but at least you’ll walk away with a sizeable slice of snow-colored Corvette memorabilia.