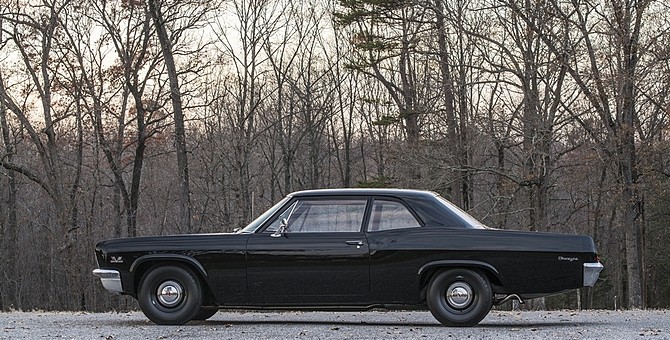 You’d be forgiven for not being familiar with this extremely rare Chevrolet, the 1966 Biscayne. It’s just one of 183 ever produced by the factory, and just 1 out of 11 believed to exist today.

The original owner was called to fight for his country in 1967 and sold the car to a 20-year-old who soon blew the Biscayne’s engine at the drag strip. Luckily, he found a replacement block and managed to rebuild the factory engine. He then restored the car using NOS parts and sold it in 1986, where it was then detailed it to factory-original condition using lots of dated components.

The owner showed it regularly at Super Chevy and other venues, eventually accumulating a collection of awards over the next quarter-century. In 2013, the car was then sold to its current owner, who reportedly spent thousands of dollars refreshing its all-original bodywork and paint.

With undeniable rarity, a collection of awards, original documentation, and just 29,000 miles on the odometer, this 1966 Chevrolet Biscayne went without sale during this past weekend’s Mecum Harrisburg auction, with the top offer being just $65,000 for the unicorn of a muscle car.