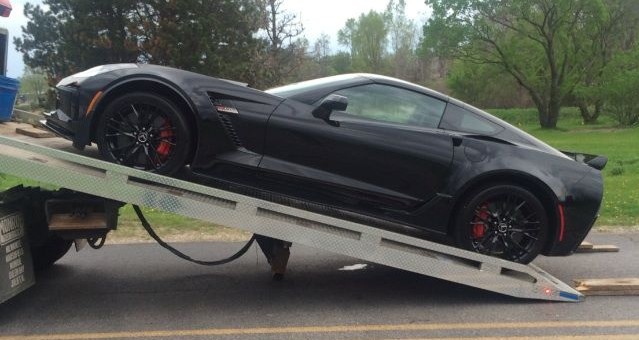 The arrival of the new Corvette Z06 has brought unfathomable joy to countless Chevrolet fans, however, a small clutch of owners have reported irreparable problems with its supercharged 6.2L LT4 V8 engine (we’ve reported problems with three Z06s so far: here, here and here).

Speaking with The Truth About Cars, a GM spokesperson said all disastrous engine failures seem to have three things in common: low miles (less than 2,000), early production builds, and oil contamination issues.

Now, it appears Chevrolet has finally issued a solution that will prevent the car’s alleged engine issues. The fix? Change the oil ASA(F)P.

Chevrolet says engine contaminants in the oil cycle through the engine during the break-in period. The company says it will upgrade the build process to minimize the risk of oil contamination, saying the cause could be thread shavings for the oil filter that make their way into the oil pan when the threads are tapped.

Consequently, Chevrolet is asking Z06 owners to change their break-in oil as soon as they clock 500 miles on the odometer.

“We now encourage all owners to change their oil at 500 miles to remove possible contaminants created during the engine break-in process. And, as always, we encourage the use of Mobil 1 synthetic oil – which is a factory fill for all Z06 models, and Stingray Z51 models – and encourage owners to follow the engine break-in process detailed in the owner’s manual,”said the news outlet, quoting Chevrolet spokesperson Monte Doran.

Owners are still reporting heat soak problems and infrequent power steering problems despite the fix, according to the news outlet.

The company says less than one percent of the 9,000 Z06s on the road have experienced engine problems.

Hopefully, Chevy’s new fix will finally put the issue to rest once and for all.