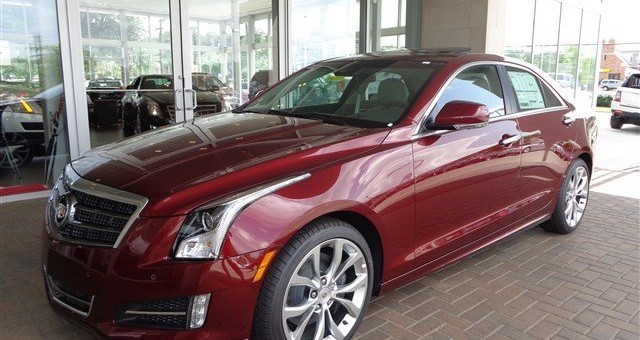 As of July 1st, 2015, Cadillac’s U.S.-wide inventory levels dropped to 77 days, down from a 113-day supply a year earlier. The 77-day supply is Caddy’s trimmest in four-and-a-half years, and has been a long way coming as the brand worked hard to decrease it from a 120-day supply, which has been more or less the norm for all four of GM’s U.S. brands since the automaker exited bankruptcy in 2009.

And though the decrease from 113 to 77 days supply is on the right track to Cadillac’s goal, it’s still not optimal. Cadillac chief Johan de Nysschen is looking to get inventory down to a 60-day supply, a level at which Cadillac’s luxury rivals such as BMW and Mercedes-Benz operate.

To reach the 60-day supply will be difficult, primarily due to the fact that about 500 of the brand’s 928 dealerships sell relatively few Cadillacs — just five to 10 a month on average, according to de Nysschen. These stores are instead focused on making up volume by selling vehicles from GM’s other brands — Chevrolet, Buick, or GMC. As such, de Nysschen believes that these stores are more likely to let their Cadillac inventory get stale, thereby detracting from the supply target of 60 days.

Luckily, Cadillac is already considering several solutions, one of which involves regional inventory hubs for dealers.