Previously, we had been clued in on what to expect from the 2016 Chevrolet SS and, subsequently, the 2016 Holden Commodore Series II via the General Motors fleet ordering guide.

The ordering guide listed changes to the front fascia were on the way, including the deletion of fog lights, new aero bits and hood vents. The blokes at CarAdvice have gotten the best look yet at what to expect from the revised front end, and snapped a few shots of a camouflaged test mule locally.

It’s easy to see the Holden lion peering behind the camo but, moving closer, we can see the revised grille design ditches horizontal look currently gracing the car, and opts for more rectangular shapes instead. In fact, eagle eyed readers will notice the grille design is nearly identical to that found on the Jeff Gordon Chevrolet SS, which graced the 2013 SEMA Show in Las Vegas. 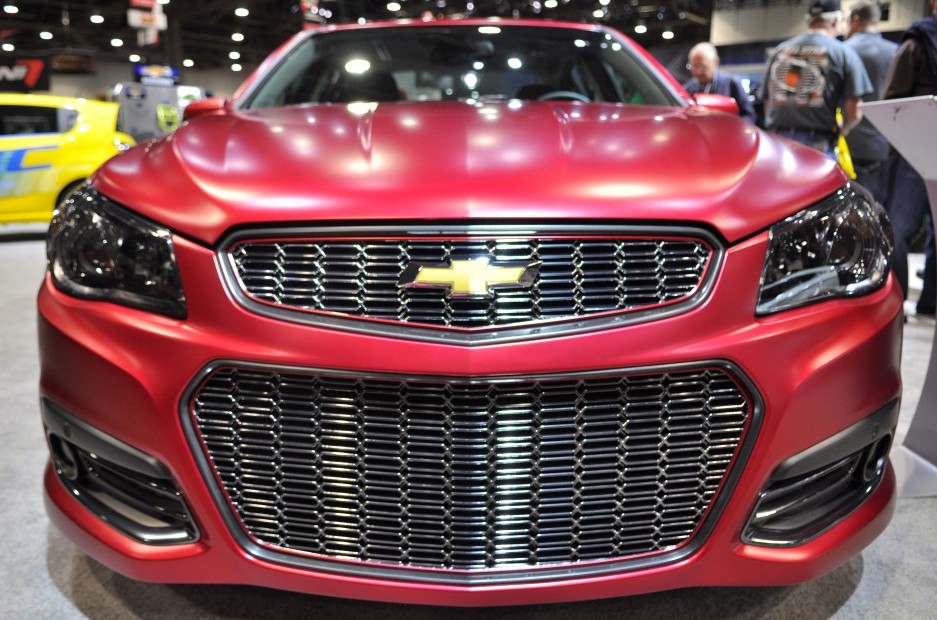 Could the one-off Gordon SS preview what to expect from the 2016 Commodore Series II? It seems plausible at this point. Though, the lower grille may be a tad too large for our tastes.

The rear of the car is expected to remain largely the same, with the spy shots confirming this, as no camouflage clads up the rear.

The 2016 Commodore Series II was also spied with the confirmed bi-modal exhaust and paddle shifters for those choosing the automatic gearbox. The bits will be paired to a new 6.2-liter V8 engine, codenamed L99, replacing the L98 6.0-liter V8.

As we round through August, we approach the September reveal date for the 2016 Commodore Series II and Chevrolet SS. Stay tuned as we bring you the latest.