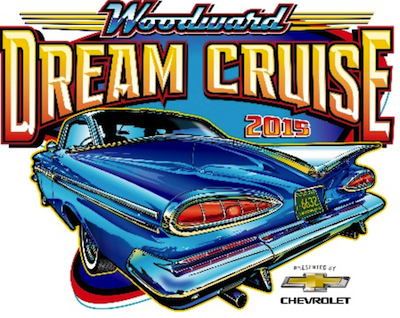 Roger Penske, the man who has gone from Sports Car Club Driver of the Year, to Chevrolet dealership owner, to the man who almost saved Saturn to, finally, racing team legend had quite the showing at the Woodward Dream Cruise.

The Detroit News caught up with Penske, and the big names he brought into town for the occasion. Penske brought 16 cars with him to the 2015 Woodward Dream Cruise, and they had special meaning to him. Each car was the pace vehicle from the one of 16 racing owner victories he has overseen in his lifetime.

The cars stretched from a 1972 Hurst Oldsmobile 442 convertible, to the recent 2015 C7 Corvette Z06, marking the first time all 16 were displayed together.

Each reminisced on their glory days of motorsports, with some even criticizing the latest NASCAR formula for being too simple.

“The cars are good and there’s a lot of good things about it. But, you know, why can’t they let drivers shift (gears in the) cars?

“What’s wrong with the driver? What is he paid for? He doesn’t do anything but move the steering wheel on the oval about 3 inches, four times a lap,” said brother Bobby Penske.

In all, the pace car corral made for an incredible spot of motorsports history among the vast and sprawling sea of muscle cars from yore.