Michael Passarge hadn’t a clue about the Pontiac G8 when it was released for the 2008 model year. Furthermore, he would have never guessed the car came from Australian automaker Holden, unknown to many in the United States.

But, things quickly changed, as Passarge’s Pontiac G8 was transformed into a full-blown testimonial to the roaring lion. We sat down with Passarge to understand how the act of homage came to be.

GM Authority: When did you buy your Pontiac G8?

Passarge: I purchased my 2008 Pontiac G8 GT in May 2008, right off the showroom floor! It was Ignition Orange Metallic, and the dealership was only going to get one of that color.

GMA: That’s awesome, and a very rare color. Why were you drawn to the Pontiac G8?

P: To tell you the truth, I didn’t even know about the Pontiac G8 at the time. I was actually at a Dodge dealer trying to purchase a Charger SRT8. They wanted $44,000 plus a $3,000 gas guzzler tax and would not budge on the price. I was not going to pay that much for a Dodge. The salesman left the table and a stranger, who probably worked for Pontiac *laughs*, saw that I was frustrated and walked by stating Pontiac came out with a new sports sedan and I should look at it.

I went straight to the Pontiac dealer. I saw a red one out front and was looking at it. It was sexy with clean lines. The Pontiac salesman quickly grabbed the keys to take her for a spin. After that test drive, I was hooked! But when I walked into the showroom and saw the Ignition Orange one, it spoke to me. I told him right away it was going home with me. He stated there was a lady coming from Utah to buy this particular one because they were going to be limited. I swooped in and bought the car for $29,000 out the door! The lady was pissed and offered to buy it from me for $5,000 more than I paid. As you can see, I didn’t take that deal! 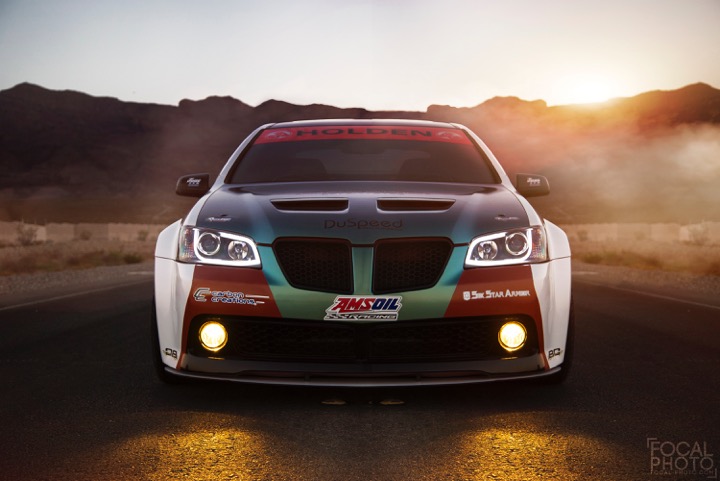 GMA: And what started your absolutely incredible build?

P: Well, after a few years of ownership, and taking it to a few car shows, I wanted to do a little more to the car. The G8 was the only car I had at the time so it was my daily driver. I started small with wheels and springs. But, I received my first big chance to show the car off when a local car-stereo shop needed a vehicle for SEMA in 2011 and CES 2012. After that, the car was pretty much stock looking with a custom stereo, but I had my first magazine feature in Performance Auto and Sound. This pretty much started my hunger for more!

GMA: So, how did it evolve from there and end up in a much brighter spotlight?

P: In the automotive scene, if you’re not constantly changing, it seems to pass you by. That’s when I found out about the V8 Supercar Series. I fell in love with the racing circuits and the aggressive,get the #!*^ out of my way style of racing. It was awesome. That’s when I found out about Holden Racing Team and became a fan, and knew I had to bring their style and flare to the U.S. show car scene. I started planning and looking at possible parts and sponsors for my build. I was going over different racing graphics for the V8 Supercars Series and loved the Toll Racing scheme. I was going to base my build off of that concept, but use my own sponsors in the livery. 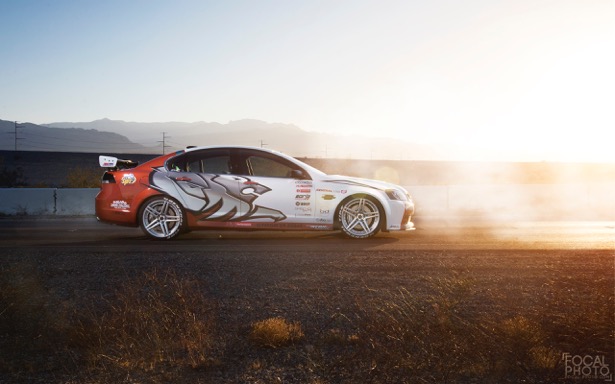 To make it right, I knew I had to have the HRT racing graphics. I contacted Holden Racing via email and explained my build, stating it would be a tribute to Holden and HRT. I knew I would probably be turned down, so I already started designing my own livery. A few days later, I received an email from Simon McNamara, Head of Holden Motorsports, saying HRT would allow me to use their actual racing graphics for my build. Not only that, but they designed new ones for me to use! I was determined to make them proud. I did find some awesome sponsors that sold parts in Australia and the U.S., to make the build more authentic. It started with DBA and their Kangaroo Paw rotors. Next, there was Super Pro Suspension, with tons of suspension parts and DuSpeed with their one-of-a-kind OTR Intake.

More sponsors came on board, and Superchips asked for my car to represent the company. This was a huge honor, and I made it into the SEMA magazine. The next year, I was asked by Spec-D Tuning to be their R&D car for new headlights in development for the G8. Then, I was shocked: they asked me to be their booth vehicle. I never thought my car would ever be worthy of a SEMA booth. I changed out some parts, and changed the color of the wrap to ensure it didn’t look the same as the last year. SEMA 2014 was an amazing event for me. I met so many Aussies, and they loved the car. The car has remained the same since then.

GMA: That’s truly incredible how it all fell into place. Do you have a favorite thing about the build?

P: I think I like the whole car and the way everything blends together to make a clean build. Oh, and the fact that I’m the only person with authorization from HRT to wear their logo here in the U.S.

GMA: Yeah the authentic HRT bit is very, very cool. Is your car strictly for show? Or, does it head to the track?

P: I hate to say it, and I know I will get a lot a flack but yeah, it’s just a show car. There are many G8s out there with some crazy performance builds. I will leave that to them. I keep it clean and remind people the last car Pontiac offered was an awesome machine from a racing heritage, HRT! 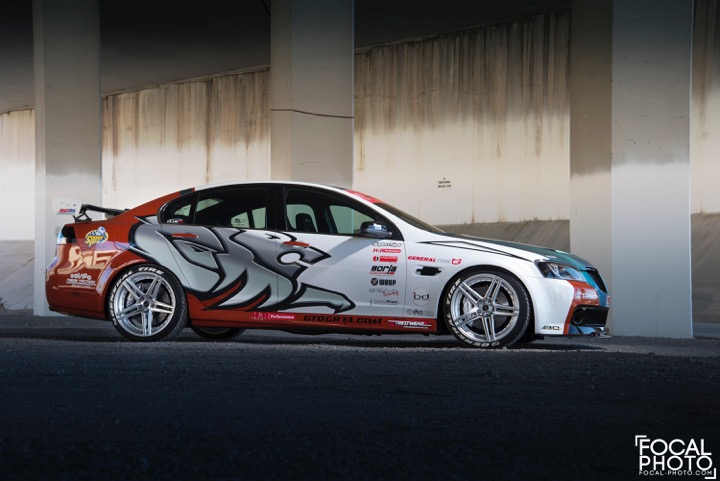 GMA: Any future plans for the car?

P: There are no new future plans for the “8”. But, there will be some small things coming up I have been testing for a few companies. You’ll have to wait and see.

GMA: Since you’re cultured on Holden now, and the Commodore as we know will soon be over, do you have any advice for Holden and GM for the next Commodore?

P: If Opel does produce the new Commodore, and it’s a V6 front-wheel drive car, they need to make a twin-turbo option with all-wheel drive! It won’t be the same as the V8 sports sedan, but will be a decent option.