The following is from Robert:

Cadillac wants to compete against BMW, Mercedes-Benz, Lexus, Jaguar, etc. but doesn’t have a convertible. Why not? I’d hate to have to buy a foreign car.

Robert, your observation is spot on; Cadillac is at a competitive disadvantage by not offering a drop-dop, and needs at least one convertible in its lineup. In fact, it hasn’t had one since the Cadillac XLR was discontinued in 2009.

At this point, the vehicle that seems to be the most likely to receive a convertible is the ATS Coupe. The vehicle has been rumored on an on-again, off-again basis even since before the release of the ATS Sedan back in 2013.

Unfortunately, there hasn’t been much confirmation that such a vehicle is the works. In fact, as of this writing, there hasn’t been a single spy shot of an ATS Convertible, or any Cadillac convertible for that matter, undergoing testing. But something tells us to remain hopeful. And that’s the advice we’ll share with you as well.

Above and below: we render the Cadillac ATS Convertible. 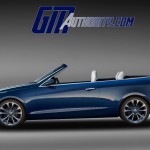 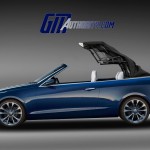 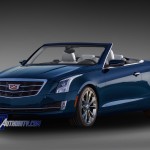