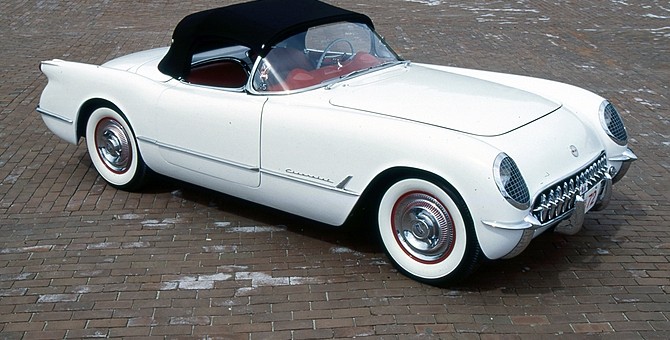 Chevrolet built a mere 300 Corvettes in 1953, the first model year, and car collectors today practically pull their hair out searching for a clean example. It’s one thing to own a first-generation Corvette, but to own one of the hand-built, first-year models–the lowest volume production Corvette ever (limited edition models notwithstanding) – is another prospect entirely.

Which makes this, a 1953 Chevrolet Corvette Roadster, quite a rare piece, as just 200 examples of the 1953 Corvette are thought to exist today. And one of them could change hands very soon, as this example is set to hit the Mecum Harrisburg auction in late July, along with a unique Camaro Z/28 we covered yesterday.

Yet the rarity of the listing isn’t the only aspect of the sale that’s bound to impress bidders. This 1953 Corvette also carries with it an illustrious collection of awards and trophies. To note, it’s a multiple NCRS Top Flight award winner, an NCRS Performance Verification winner, Duntov Mark of Excellence award winner, and is also Bloomington Gold Certified.

And that combination of rarity, desirability, and prestige is bound to get paddles wagging when Lot S120.1 hits the block in a few weeks time.