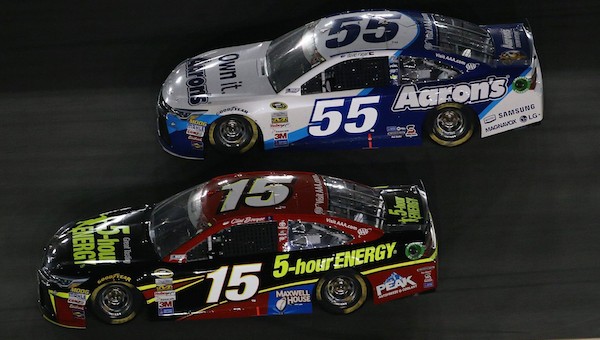 Michael Waltrip Racing is rumored to be making a switch to Team Chevy for the 2016 NASCAR Sprint Cup Series season, FOX reports. The Toyota team, which has been apart of the TRD family since the automaker first entered the race series in 2007, declined to comment on which manufacturer it will partner with for next year when asked at Indianapolis Motor Speedway this past weekend.

“We’re talking to a number of organizations about the future,” TRD USA president and general manager David Wilson said on SiriusXM NASCAR Radio. “Certainly, in the near-term we’re not sure what Michael Waltrip Racing is going to do. They’ve yet to announce their plans. Certainly, we’ve had a rich history in the sport together.”

Wilson said Toyota would like to expand the number of drivers in their cars going forward, adding that having more drivers in the Chase for the Sprint Cup would be ideal.

“As a whole as a manufacturer, I’ve said since this new Chase format was announced — which we love, which we think is a great, fun, engaging way to enter the playoffs, if you will — I’ve said as one of three manufacturers that, statistically, we need to load that funnel at Chicago arguably with five, six, seven Toyotas,” he said.

Michael Waltrip Racing currently fields cars for Clint Bowyer, David Ragan and Brian Vickers. Those drivers may in Chevrolets for next year, however Toyota is also rumored to pick up current Team Chevy driver Martin Truex Jr. for next year as the team considers a switch to TRD.