General Motors has announced that its executive vice president and president of GM South America, Jaime Ardila, will retire after nearly three decades with the automaker. He will be succeeded by Barry Engle, a new hire for The General.

“We appreciate Jaime’s 29 years of dedicated service and significant contributions in his many roles in North America, Europe and South America,” said GM President Dan Ammann. “We have made tremendous progress in South America under his leadership and I thank him for the support and strategic counsel he has given me over the past four years.” 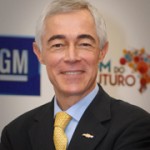 Ardila began his career at GM in 1984 in Colombia. The 60-year-old has held his current position as president of GM South America since 2010. Most recently, he headed GM’s efforts to grow Chevrolet in South America by way of a renewed product lineup. He also led an initiative to increase the percentage of localized components for cars made in Brazil.

“It has been an honor and a privilege to work for this great company for almost three decades and meet some of the best people in the industry”, said Ardila. “More than ever, I am convinced GM has the resources to be the most valued automotive company in the world: great leadership, product excellence, total customer focus and a winning mentality. 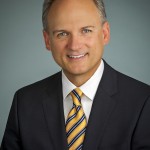 Ardila will be succeeded in September by Barry Engle, a new hire for General Motors.

GM says that Engle is a seasoned automotive executive and currently chief executive officer of Agility Fuel Systems. In his new role, Engle will be responsible for operations in Brazil, Argentina, Paraguay, Uruguay, Chile, Peru, Colombia, Ecuador and Venezuela. He will also become a member of the GM Executive Leadership Team, reporting to Ammann.

“Barry brings a wealth of leadership, global perspective and previous automotive experience to this significant position in our company,” said Ammann. “He also has valuable operations experience in the Brazilian market from earlier in his career.”

“I’m very excited to join the General Motors team and return to an industry that I love”, says Engle. “I’m particularly looking forward to working with my colleagues in South America as we manage through some near-term macro challenges while building and positioning the business for continued long-term leadership in the region.”

Engle, 51, speaks both Spanish and Portuguese and has previously held management positions in South America including President of Ford of Brazil and Mercosul from 2005 to 2006, and Director of Marketing, Sales and Service for Ford of Brazil from 2001 to 2003. His experience in the region dates to the early 1980s, when he lived and worked in Argentina.

Since 2011, Engle has served as CEO of Agility Fuel Systems based in Santa Ana, California. The company is a private equity-backed Tier 1 supplier of natural gas fuel systems for heavy truck and bus original equipment manufacturers (OEMs). Prior to that, from 2010 to 2011, he was CEO of Think Holdings, another private equity-backed company based in Oslo, Norway. From 2008 to 2010, he served as President and CEO of New Holland Agricultural Equipment in Turin, Italy.

From 1992 to 1997 and 2000 to 2008, Engle held various management positions at Ford in the United States, Mexico, Japan, Brazil and Canada. He also has automotive retail experience as a Chrysler-Plymouth-Jeep dealer in Salt Lake City from 1997 to 2000.

Engle holds a Bachelor of Arts in Economics, with a minor in Spanish, from Brigham Young University and a Master of Business Administration from The Wharton School of the University of Pennsylvania.