By now, you have hopefully heard of the OnStar 4G LTE-based Wi-Fi hotspot functionality in GM’s 2015 model year and newer vehicles. Those who use the OnStar Wi-Fi hotspot love it, and those who don’t usually point out that their smartphone can accomplish the same thing, a fallacy that we’ll address at a later time.

After using the service in nearly every single test vehicle we’ve had for the last year, we’ve realized these noteworthy benefits that the built-in Wi-Fi system has over that of a smartphone.

1. Convenient And Always On

The fact that the OnStar 4G LTE Wi-Fi is active when the vehicle is on (accessory or engine on) makes it that much easier to connect to the network: simply start the car, and your devices connect to the car automatically.

Contrast that with enabling the hotspot on a smartphone, each time you get in and out of the car, and the convenience of the built-in system speaks for itself. 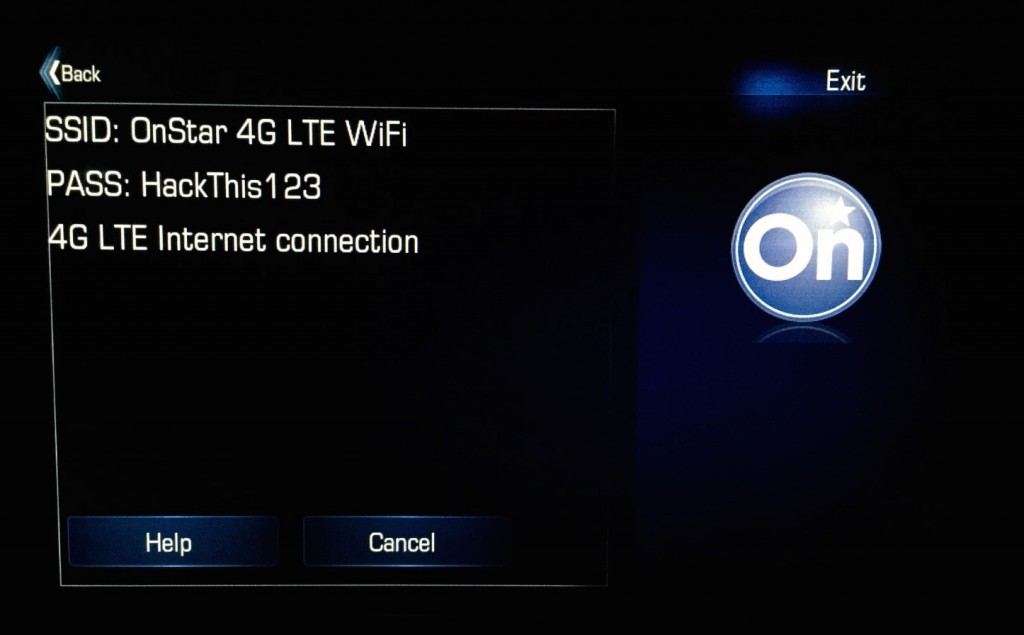 And there are two more benefits:

In our time with GM’s test vehicles, we’ve taken trips with all kinds of people — friends, family, adults, children — in the vehicle, all of them connected to the network. And giving a kid an iPad connected to a live Wi-Fi network is the prerequisite to keeping him or her quiet on a road trip. Throw in some headphones and silence is yours. 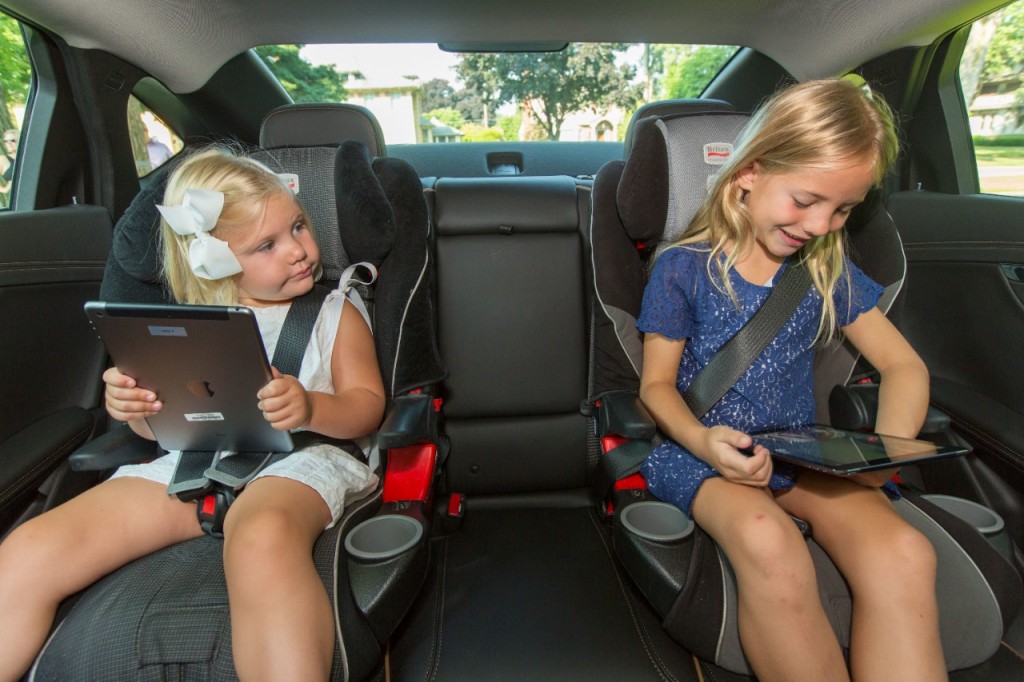 Outside of using OnStar 4G LTE Wi-Fi hotspot in the vehicle, we’ve used it during barbecues and cookouts, picnics, and tailgate parties. Just write the name of the network and its password on a piece of paper and stick it on a window for everyone to connect to.

For those who rely on the internet to work rather than play, the GM-OnStar Wi-Fi system is quite handy. Not only does it allow you to get work done in the vehicle, but it also works in a 50-foot vicinity of the vehicle. Road warriors will also appreciate not having to worry about battery life, which is the weakest link during tethering. 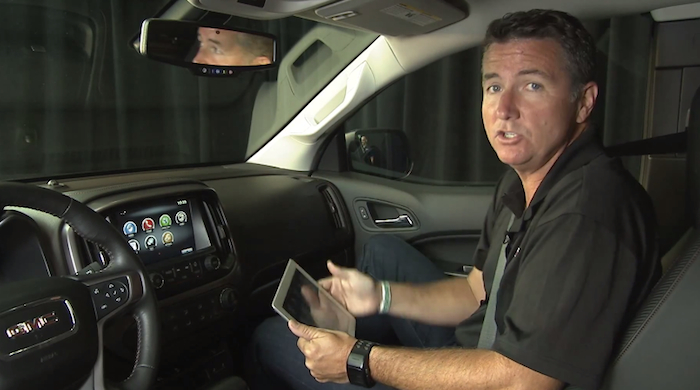 How big is the antenna on your cell phone? If you answered something along the lines of “not that big” or “pretty small”, you’re right. The miniaturization of consumer electronics devices have resulted in a gradual decrease in the size of components such as the antenna. So when you look inside nearly any smartphones today, you’ll see a fairly minuscule antenna that’s responsible for connecting the device to the network. 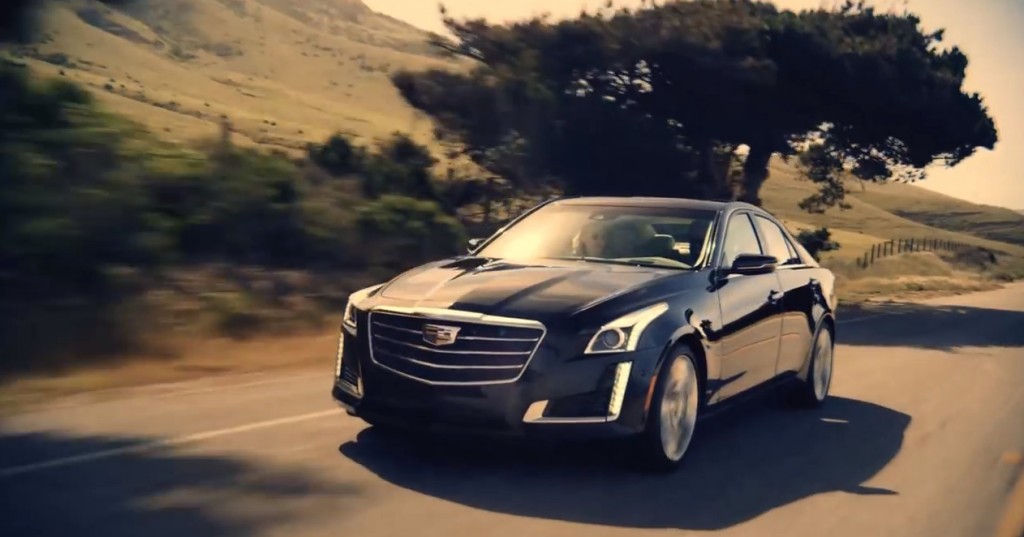 Now, look at the antenna (or fin) at the top of a GM vehicle equipped with OnStar 4G LTE. Much bigger, right? Right. And the fact that said antenna sits atop a sizable chunk of metal helps amplify the signal. The end result is that the car has a stronger connection to the cell towers than even the beefiest of cell phones. But enough with the theory.

In personal experience, we have had times when our smart phones — running on AT&T network — had no reception, while the vehicle — also on the AT&T network — did.

For $10 per month, existing AT&T subscribers can add a GM vehicle with OnStar 4G LTE to their account, essentially making the vehicle a device on the plan and allowing it to share in the account’s data. The option presents an easy way to start using the service after the 3-month, 3GB trial.

Those electing to use the monthly or one-time data plans should know that they can keep track of their data usage using the OnStar RemoteLink app or by hitting the OnStar button and asking the advisor. 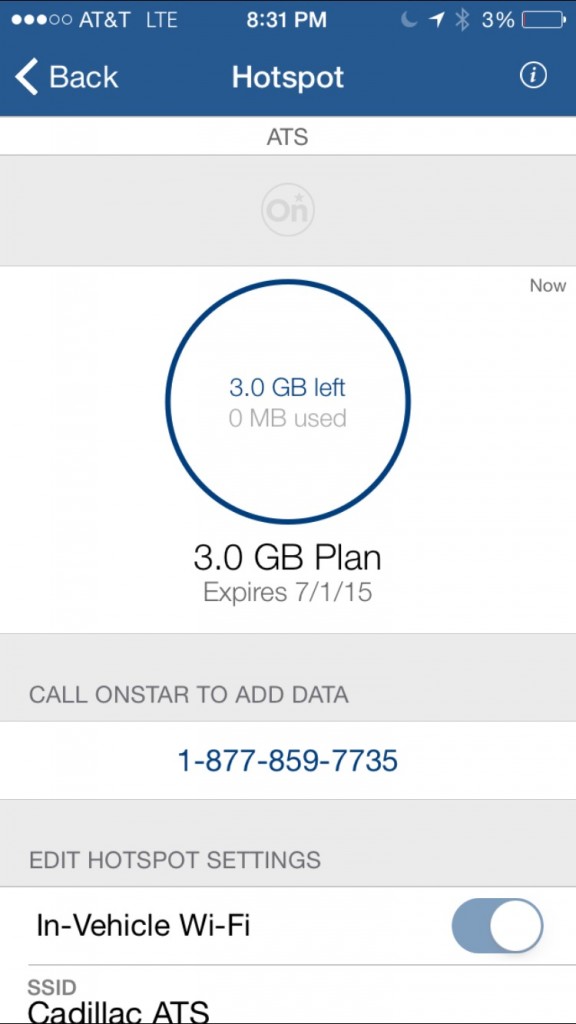 So, do you use the OnStar Wi-Fi features? Why or why not? Talk to us in the comments.