While overheating of smartphones is less common, little does a user know, higher temperatures can slow processing times and deplete battery life quicker than normal, even if the phone hasn’t completely overheated. This is especially true as we march into the summer months of the year.

General Motors engineers noticed during HVAC testing that phones would occasionally suspend charging, or shut off altogether after a few minutes in high-temperature interior cabins. This was especially true when using the wireless charging system. Chevrolet has announced its latest innovation to keep smartphones cool whenever they rest inside the cockpit: the Active Phone Cooling system.

Active Phone Cooling will be introduced on the 2016 Chevrolet Impala and 2016 Chevrolet Malibu, and gradually make its way to more vehicles within the bowtie brand’s lineup. An air vent connected directly to the car’s air conditioning and ventilation system has been engineered and directed to the charging bin where the phone rests during wireless charging. The system is only activated when the driver operates the HVAC system, and occurs in the background while driving. 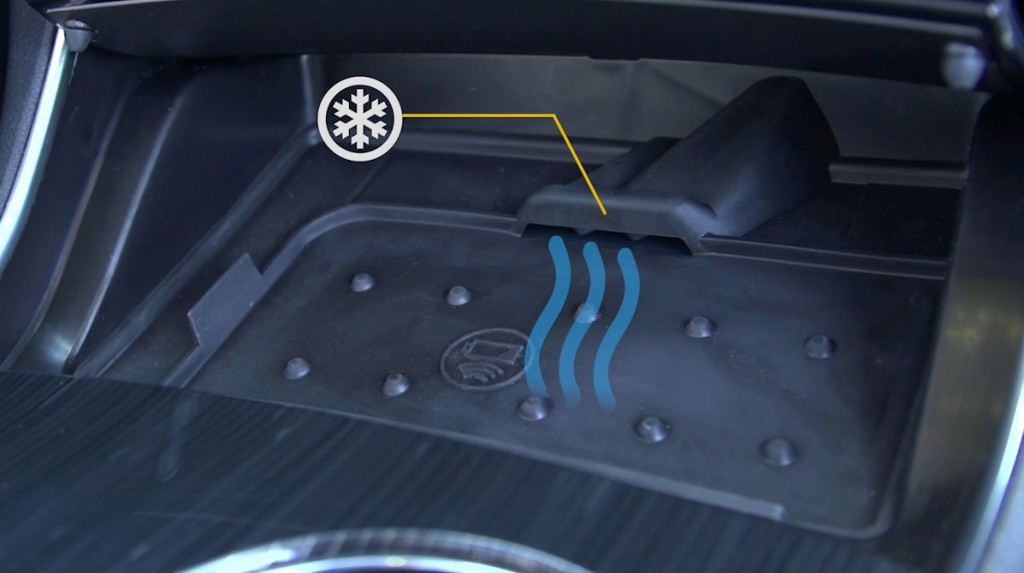 “Over time, regular overheating can do permanent damage to the lithium ion batteries that power our smartphones. I always recommend keeping your phone in a cool, ventilated place, where it can stay at a comfortable room temperature, whether it’s charging or discharging,” said Jeffrey Van Camp, deputy editor of Digital Trends.

It may not seem like much, but Chevrolet prides itself on solving a common issue without digging too deeply.

Chevrolet says the feature will also be offered on the 2016 Volt and 2016 Cruze if the vehicle is equipped with the wireless charging feature.