Chevrolet unveiled the 2016 Colorado Duramax yesterday with complete specifications. And they’re pretty impressive if you ask us.

The 2016 Chevrolet Colorado Duramax will make use of the 2.8-liter four-cylinder turbo-diesel engine, found in many GM products across the globe. Dropping the diesel four-cylinder under the hood allows the truck to tow up to 7,700 pounds with ease, producing 369 lb-ft of torque at 2,000 RPM.

Those are impressive specifications, but what about big-brother Silverado?

Chevrolet also recently revealed the 2016 Silverado with refreshed looks. At this point, mechanical specifications seem to be staying identical to the 2015 Silverado, though, Chevrolet did mention an expanded use of the eight-speed automatic transmission in the Silverado lineup. 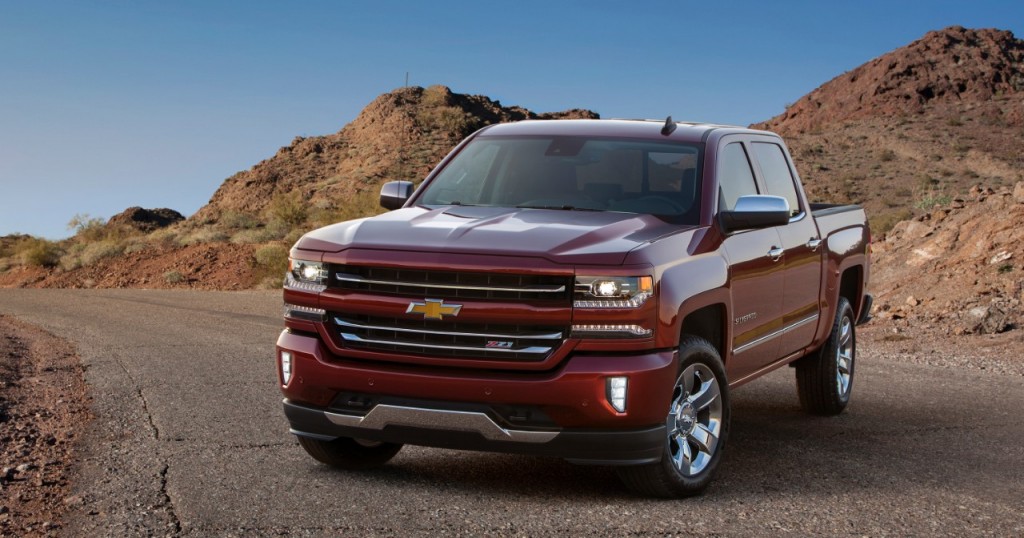 And that’s where we want your opinion. Would you choose the 2016 Chevrolet Silverado with the petrol powerplant? Or, does the 2016 Colorado Duramax tickle your fancy? Let’s explore a bit more.

We’d argue fuel economy numbers, but GM hasn’t provided official, or even estimates, of how frugal the 2016 Colorado Duramax will be at the pump. We can imagine it’s a bit more dainty than a Silverado crew cab, though.

Now that we’ve laid the basics out, it’s your turn to talk. Which truck takes the cake here, our dear readers? The diesel sipping Colorado, or the punchy-petrol Silverado 1500? Vote and sound off down below.