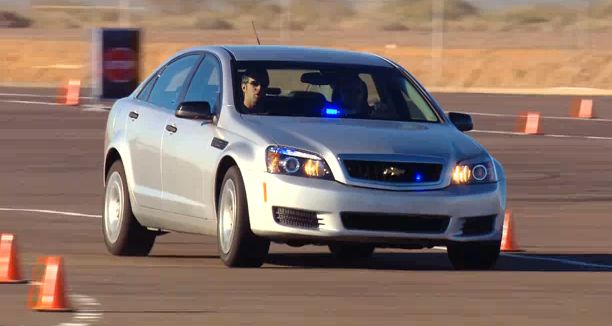 Demand for the Caprice PPV peaked in June 2014 with 434 sales; in June 2015, only 159 units were sold. Alas, it doesn’t look like the Caprice will break the 2,000 sales mark for the calendar year as a whole year. To note, sales of the Caprice’s smaller, and enthusiast-focused brother, the Chevrolet SS Performance Sedan, are also down, but not as drastically.

Though the Caprice is only available to American police forces rather than to regular car buyers, its sales downfall can be attributed to the gradual decline in popularity of the large sedan in police forces across the country. In fact, American police departments seem to be favoring crossovers and large SUVs for their task forces.

But even with the increased popularity of crossovers for the men and women and blue, we hate to see Ford sell more than Chevy in the police sedan department. Perhaps it has something to do with the Taurus/Police Interceptor Sedan being available with features like all-wheel drive and two EcoBoost turbo-charged engines, neither of which is offered by the Caprice, which rides on GM’s rear-drive Zeta platform, essentially being a slightly-modified Holden Caprice from Australia, from where it is imported. At the least we know that GM can always add those features to the Chevy Impala to take on the Taurus head-on… but will it?