When GM first showed off the 2016 Buick Cascada convertible, a good share of the reactionary sentiment was something along the lines of, “With the Chrysler 200 Convertible discontinued, what will it compete with?” Besides this theory, we think we’ve finally found the perfect answer.

The primary rival to the Buick Cascada will be the Audi A3 Cabriolet.

The more we thought about it, the more we came to realize that the Cascada and the A3 vert are more alike than they are different. 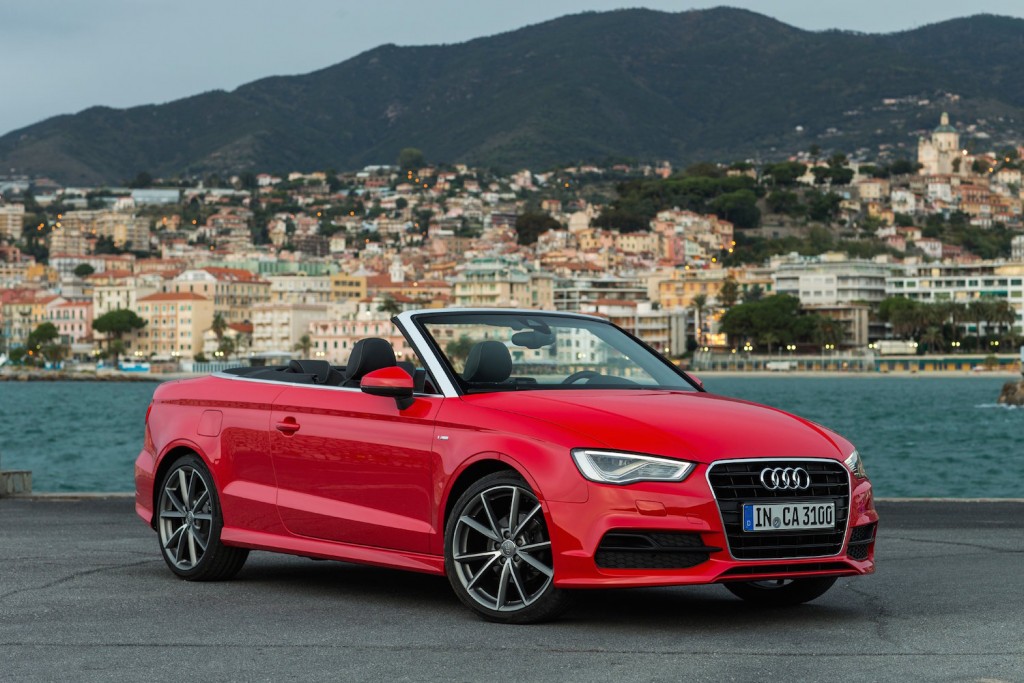 Keeping that in mind, congress that the Audi A3 Convertible is based on the Volkswagen’ Group’s MQB vehicle framework that debuted with the third-gen Audi A3 and seventh-gen Volkswagen Golf family. The next-gen Volkswagen Jetta will also ride on the same platform.

Hence, both the Buick (Opel-Vauxhall) Cascada and the Audi A3 Cabriolet are variants of mainstream compact vehicle ranges — the Chevy Cruze in the case of GM, and the Jetta in the case of the Volkswagen Group. One could say that the Cascada is a fancy Chevy Cruze, while the A3 is a tarted-up Volkswagen Golf… though that is quite a primitive way of reasoning about platform sharing, so let’s leave it at that.

Both the Buick Cascada (and its associated Buick-Opel family) and the Audi A3 family have a transverse powertrain layouts driving the front wheels, at least by default. The only difference, however, is that the Audi A3 Cabriolet features optional quattro all-wheel-drive, while the Buick does not, a circumstance that is rather unfortunate.

The Buick Cascada and Audi A3 Cabriolet are also quite similar from a dimensional standpont. Though the Cascada is slightly longer due to a longer wheelbase and front overhang, the Audi A3 makes better use of its footprint by being more space-efficient. Plus, the infamous heft of the Delta 2 platform shows, as the Cascada is several hundred pounds heavier than the Audi.

Both the Buick Cascada and the Audi A3 Convertible are powered exclusively by turbo-charged four-cylinder engines. There are not six-cylinder motors in either of these vehicles, nor in the vehicle families on which these two compact sport-luxury verts are based.

There’s no fancy-shmancy hardtop convertible options, as both the Buick Cascada and the Audi A3 Cabriolet have soft-top convertible tops. Coincidentally, neither the Cascada nor the A3 has a hard-top coupe variant… though we really would love to see a Cascada coupe.

Knowing all that, the Buick Cascada’s primary and (possibly) only rival will be Audi A3 Cabriolet. Thoughts?