During the first six months of 2015, the Cadillac CTS was responsible for 9,689 sales. That’s a 39 percent decrease compared to the 16,008 units sold during the same time period in 2014. But is the drop as bad as the numbers would suggest?

Other segment contenders also experienced drops: the Mercedes-Benz E-Class — the segment’s perennial best-seller — saw sales drop 36 percent to 22,252 units during the first six months. Meanwhile, the BMW 5 Series was off 15 percent to 23,581 units, the Acura RLX/RL was off 42 percent to 1,200 units, and the Audi A6/S6 was down 4 percent to 11,409 units. Taken as a whole, the midsize luxury passenger car segment was down 20 percent during the first six months of the year in the United States.

But two models came away as notable winners during the timeframe. Specifically, the Infiniti Q70 recorded a 65 percent sales jump to 4,484 units, while the Lexus GS recorded a 10 percent sales increase to 11,142 units. As such, it’s worthwhile to note that the midsize luxury sedan segment is experiencing a decline as a whole, though CTS sales are falling faster (39 percent) than the segment average (20 percent).

We should also note that Cadillac is still repositioning the CTS as a true midsize luxury sedan, compared to the second-gen CTS’ tweener positioning — one where it wasn’t really a compact sport-luxury car nor quite a midsize luxury entry. Keeping this in mind, the sales results aren’t as bad as they could have been. After all, the CTS is the fifth best-selling vehicle in the segment out of a total of nine (Volvo and Maserati are not included in the chart).

To illustrate the benefits of repositioning the CTS, we present the following graphic. 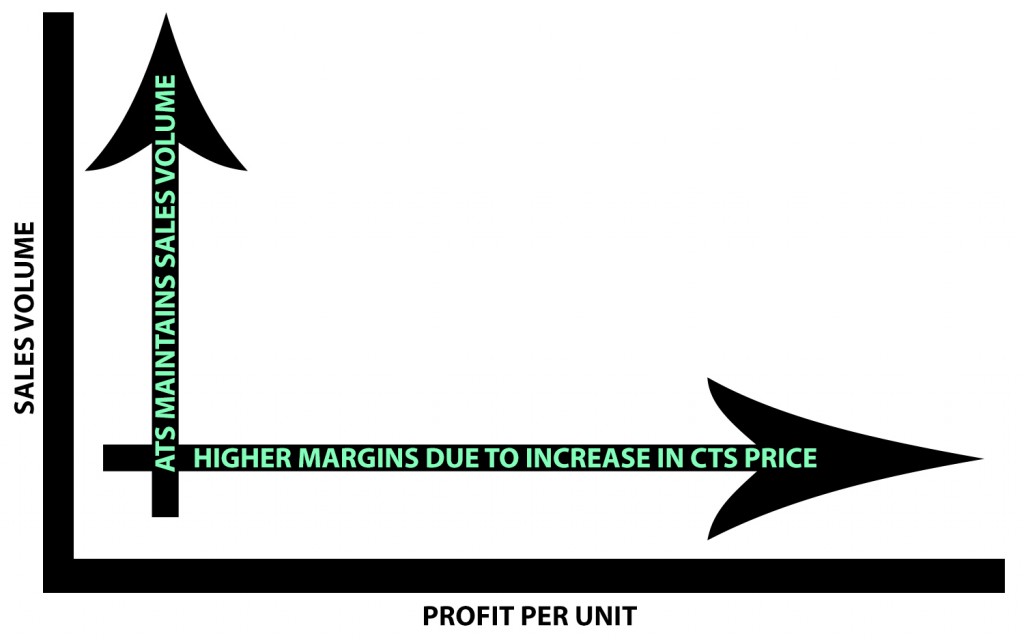 Going forward, we can see CTS sales climb at a slow yet steady pace, due to the following circumstances:

Ultimately, Cadillac has a lot of work to do to increase CTS sales to the levels of BMW and Mercedes-Benz, along with boosting sales of other vehicles in its product portfolio. But the task is by no means impossible to accomplish.