For the momentous occasion that was the 2016 Camaro reveal event, Chevrolet was generous enough to schedule us with a 2015 Camaro SS 1LE. With it would grant us the privilege to join Camaro owners who have travelled near and far to attend the exclusive event in the corral, which was reserved for only 1,000 Camaro owners.

Except we didn’t get the Camaro 1LE. Because somebody crashed it.

Yet lowly spirits were short-lived, as the incident turned out to be a blessing in disguise. It gave us the idea to phone Lingenfelter Performance Engineering to see if they could help us out. They did. 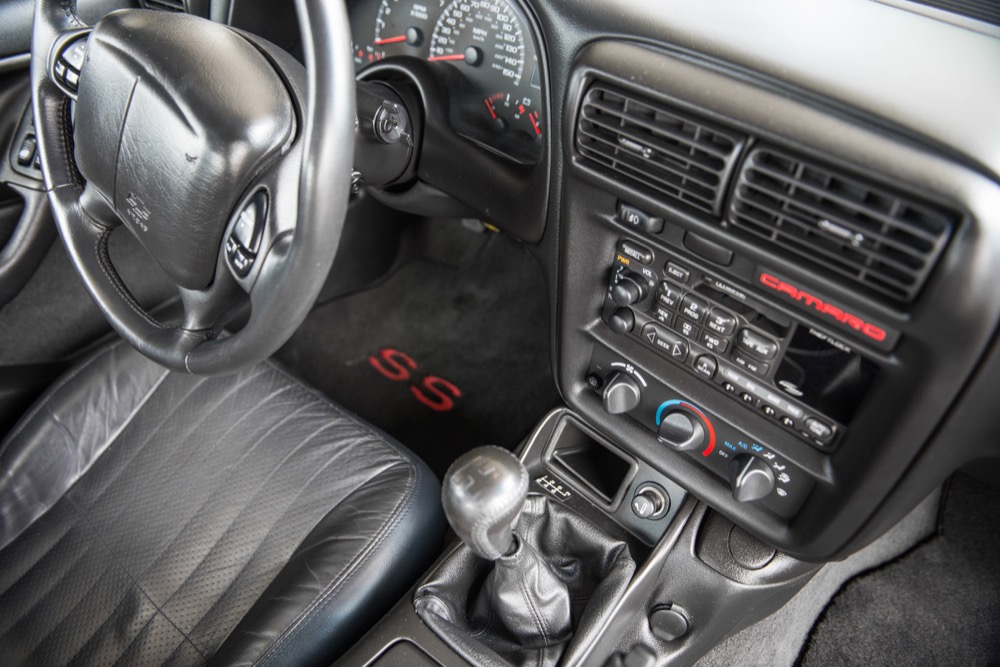 Ken Lingenfelter’s personal collection is perhaps the most impressive in Michigan, and it should come as no surprise that the 2000 Chevrolet Camaro SS he was willing to loan us was nothing short of immaculate. Navy Blue Metallic, leather interior, Hurst six-speed manual shifter, Fikse multi-piece aluminum accessory wheels, Lingenfelter window decal, and not even 40,000 miles on the odometer.

I was 17 years old. I was the driving the car that was the envy of the high school. I was in a time machine.

Admittedly, it’s been at least a decade since I was behind the wheel of any GM F-Body car. Considering that, I’m far more familiar with the Zeta-based fifth-generation model, and the road course progress it has done for the Camaro nameplate. A nameplate that has long represented what’s been considered a muscle car. But after driving an F-Body Camaro for a weekend, I understand now that the fifth-generation Camaro is far from the definition of a muscle car as we know it. The sixth-generation Camaro, even more so. In relation, the 2000 Camaro felt like driving a pickup truck; burly, heavy, strong and simplistic. The cabin even resembled GM trucks of that era, such as a very similar gauge cluster and radio head unit.

It was nostalgic, and wonderful.

While the 2000 Camaro I piloted was largely stock, with a virgin powertrain, Lingenfelter Performance Engineering could accommodate any 1993-2002 body style Camaro or Pontiac Firebird/Trans Am with everything from cooling system upgrades, electrical upgrades, and mechanical engine upgrades such as camshafts and manifolds. Of course, the same goes for several other GM performance vehicles. To check out the full list, visit the LPE website.

It was the 2000 F-Body Camaro that helped make the 2016 Chevrolet Camaro reveal weekend, which involved two nearly-sleepless days of something entirely unique. We’ve never before experienced what felt like part grassroots car meet, part auto show, part consumer event, and part media drive. All with the GM Renaissance Center in the backdrop. Through it all, we met some very cool and interesting people, and laid our eyes on their prized Camaros that reflected their personalities. We’ll never forget it, and we’ll never forget the impression that the old Lingenfelter Camaro left on us.