Wondering why General Motors doesn’t sell the Opel Adam city car in the Untied States as a Chevrolet, Buick, or otherwise? Here’s as close as we’ll get to an official explanation, and it all boils down to (gasp!) money.

GM would need to make a “huge investment for technical changes” in order “to meet the various [U.S.] demands”, according to GM’s Germany-based subsidiary, Opel. The necessary investments, Opel says, normally result in such projects no longer being profitable.

Specifically, the front end, roof and rear-end structures, along with the airbag system and the lights of the Adam, would all have to be changed in order for the vehicle to be sold in America.

In order to make the necessary technological effort plain to see, Opel highlighted the necessary modifications on the body of a specially-prepared Opel Adam. The vehicle showcases the challenges an automaker such as Opel faces when intending to export a European car to the United States. 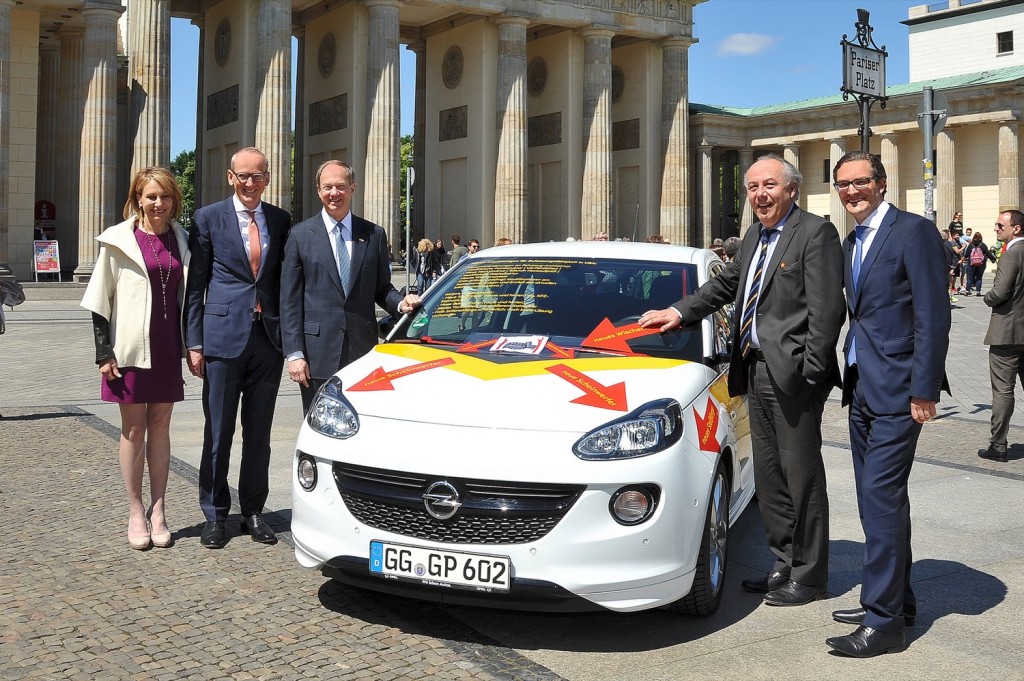 The specially-prepared vehicle was on display during a meeting wherein Opel announced its support of the Transatlantic Trade And Investment Partnership (TTIP) in Berlin, Germany, a free trade agreement that could potentially dismiss the difficulties outlined above.

So, there you have it: the Adam isn’t coming to the U.S. since it would need major changes that would make it difficult for GM to turn a profit on the vehicle. That said, we should note that the Adam wasn’t developed for sale in the U.S. to begin with, meaning that the associated costs weren’t allocated to the program from the start. This isn’t the case with other Opel vehicles.

For instance, the Insignia (Buick Regal), Astra (Buick Verano/Excelle) and Mokka (Buick Encore) were all engineered for export/U.S.-market duties from the very beginning.

That said, it would be great if all countries in the world developed the same standards, at least as it relates to safety and emissions. That would make it significantly easier for automakers to do business globally, while arguably delivering a better product at the same time. Globalization for the win!