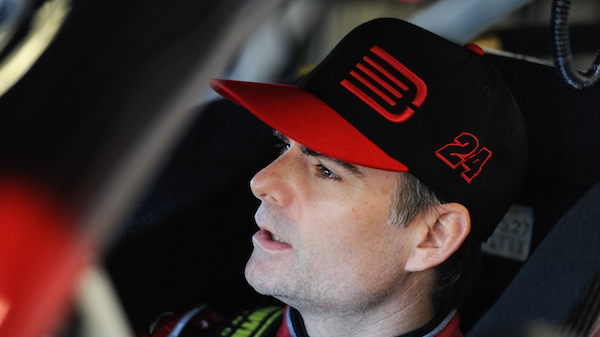 Phoenix International Raceway has announced they will temporarily rename the venue to Jeff Gordon Raceway for the Quicken Loans Race for Heroes 500 on November 15. PIR says the gesture is “a way for all PIR fans to celebrate the importance Gordon had on the track,” before he races there for the last time this year.

Gordon has four wins at PIR in his 24-year career, three of which were in NASCAR. His first came on November 6, 1999, when he won the first Xfinity Series race held at the track. He also won there in April 2007 and February 2011, contributing to his record 23 top 10 finishes in 34 starts at the west coast circuit.

“It’s an honor to have the track named after me, even if only for a day,” Gordon said in a statement. “What a cool gesture by Bryan Sperber (PIR President), his staff and ISC.”

“I’ve had some great moments at Phoenix International Raceway, and this will just add to the many great memories I have of racing in Phoenix,” he added.

In addition to renaming the track, PIR has some other special gestures in store commemorating Gordon in his final full-time Sprint Cup season. They plan to show Gordon’s “24 Moments of Greatness” throughout their social media network before the start of the race, and will also release a series of five trading cards featuring key moments throughout Gordon’s career.

“Jeff has had an amazing career in NASCAR, both as a tremendously successful competitor and as an incredible ambassador for the sport,” Sperber said. “When we thought about how to recognize his accomplishments for the Quicken Loans Race for Heroes 500, we knew we had to put together a celebration that was bigger than anything we’ve done in the past.”

“It doesn’t get bigger than renaming the race track and Jeff Gordon is a person who is truly deserving of that honor,” Sperber added.