For GMC, expect to see Apple CarPlay arrive on the 2016 Canyon, Yukon and Sierra first, allowing essential features from iPhone to be mirrored onto the seven- or eight-inch displays in GMC vehicles. The brand says Android Auto will be offered on select GMC Sierra models this upcoming model year, while Android fans will have to wait an additional 12 months.

“GMC IntelliLink is taking another step forward with this simple and intuitive functionality that makes phones and vehicles work better together,” said Duncan Aldred, vice president of GMC Sales and Marketing. “Like other GMC features, from OnStar 4G LTE connectivity and active safety features, it’s technology designed to enhance the driving experience without intruding on it.”

As for Buick, Apple CarPlay will only be available on two 2016 models: the Lacrosse and Regal. Mimicking many GM brands, Android Auto will be offered later in the model year for the two sedans. Buick offered no information as to when other vehicles within its lineup would receive the capability for either third-party infotainment solution.

Apple CarPlay and Android Auto will work in concert with OnStar 4G LTE wireless capability in any GM branded vehicle. 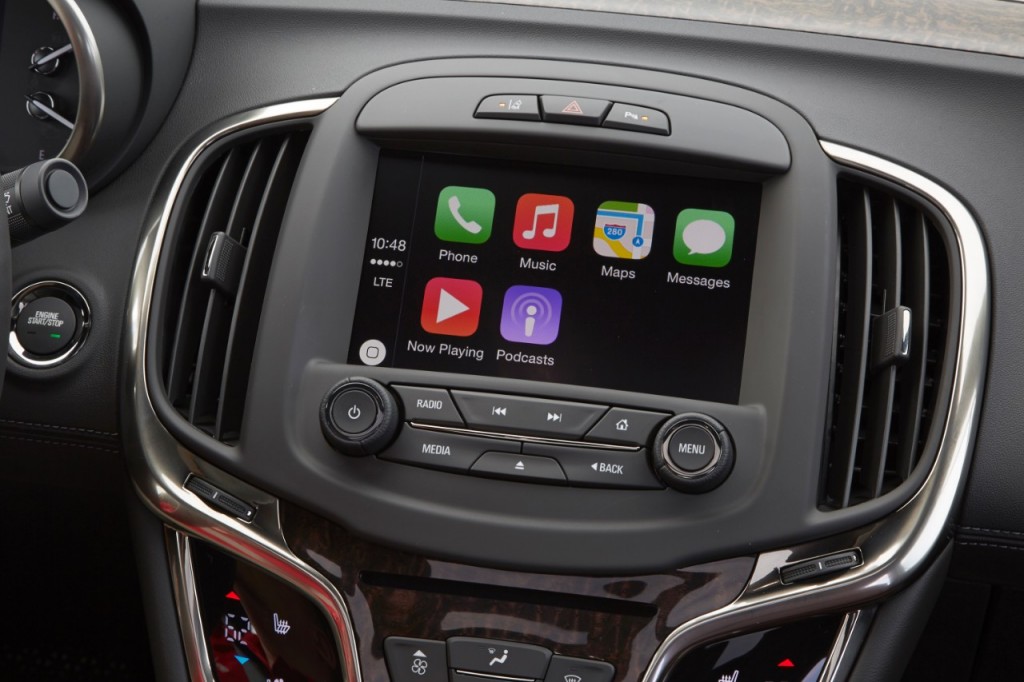