General Motors subsidiary Opel has expressed support for the Transatlantic Trade and Investment Partnership (TTIP), stating that it would remove difficulties in exporting cars designed for the European market to the United States.

TTIP is a proposed free trade agreement between the European Union and the United States that, according to proponents, would result in multilateral economic growth by easing trade and various other standards between the two markets.

To outline the potential impact of TTIP on Opel and the automotive industry at large Opel CEO Dr. Karl-Thomas Neumann and the Opel board presented a specially-prepared Opel Adam to United States Ambassador to Germany, John B. Emerson, in front of the Brandenburg Gate in Berlin. Matthias Machnig, State Secretary in the Federal Ministry for Economic Affairs and Energy was also in attendance as the representative of the German government. The specially-prepared Adam shows why it’s a challenge to export European vehicles to the United States. The gesture also explains why the Adam isn’t coming to the United States. 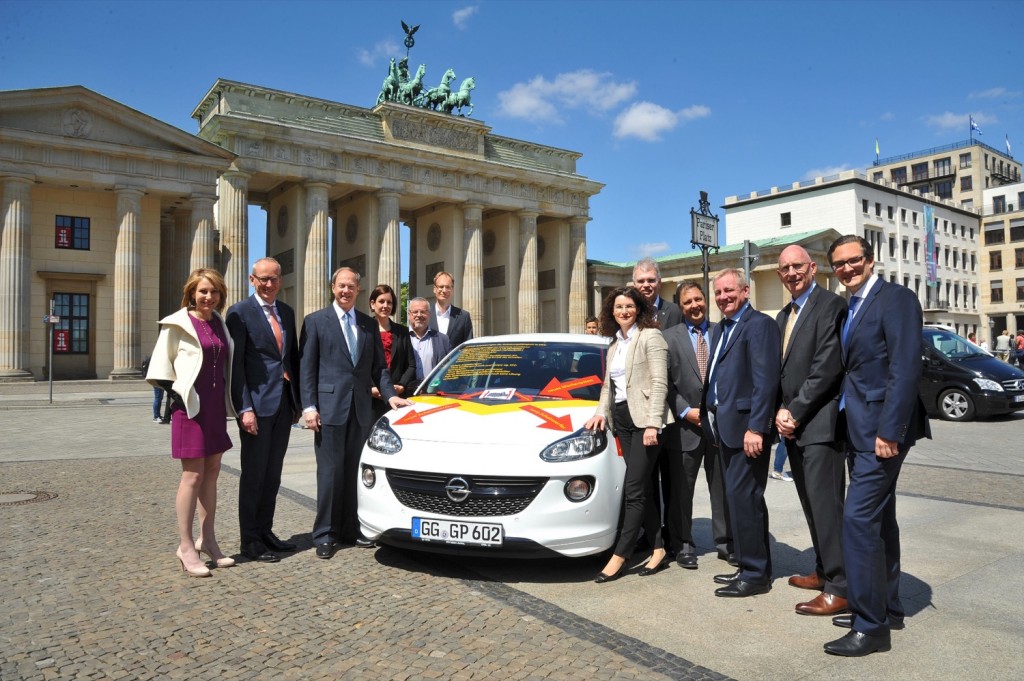 Karl-Thomas Neumann committed to the planned agreement during his meeting with John B. Emerson and Matthias Machnig, saying: “This Adam shows exactly how many chances we are missing out on because of pointless obstacles. The different safety norms would mean us having to put in an enormous effort – even though the safety standards are already extremely high on both sides of the Atlantic,” said Dr. Neumann.

As such, “TTIP offers the unique opportunity of taking the current transatlantic standards and norms and further developing these together,” he added.

TTIP critics say partnership would increase corporate power and make it more difficult for governments to regulate markets for the benefit of the public. What’s more, the U.S. government considers TTIP a companion agreement to the Trans-Pacific Partnership. Its ratification by the U.S. and EU is not expected before 2016, if at all.

It’s great to see GM’s Opel bringing the potential effects of TTIP to light, while also highlighting the different automotive safety standards between the United States and the European Union.

In fact, Neumann makes a very good point in asking why automotive safety standards are so disparate yet congruently high across both markets. As such, it would seem that unifying the standards could result in: