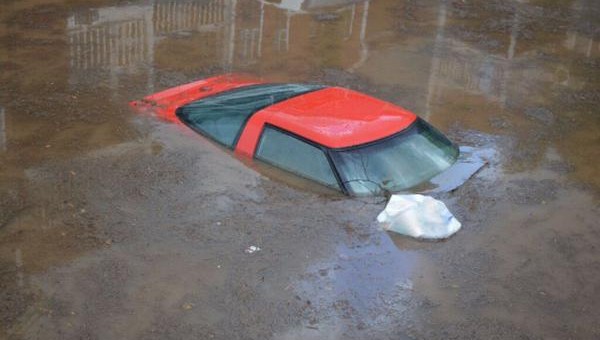 Nature, it seems, is an unpredictable mother that always keeps us guessing. Whether it’s hurricanes, tornados, monsoons, earthquakes, or floods as in this case, both human and machine are unscrupulously cast aside in its wake.

Luckily, no one was hurt (at least to our knowledge) when flash floods and high-winds lashed Atlanta on Sunday. Debris in the storm drains meant the heavy rainfall had nowhere to go, causing the water levels to rise to four feet in certain streets and portions of the highway.

While we’re thankful no was injured, one particular causality has us saddened, as we report another Corvette fatality.

The flooded Corvette was first spotted with water up its doors and windows but soon another photo surfaced showing that the water had nearly swallowed up the whole car, leaving just the roof visible (see above).

Sure, some may scoff at our sorrow and claim, “at least it wasn’t something special, it’s only a base C4,” but we sympathize with any owner who loses their prized retro mobile, let alone their means of transportation.

According to MyFoxAtlanta.com, he flood was initially thought to be a broken water main but it was confirmed to be the clogged drains. The water levels shut down the Downtown Connector and caused delays of about 40-minutes while residents waited for the water to drain. 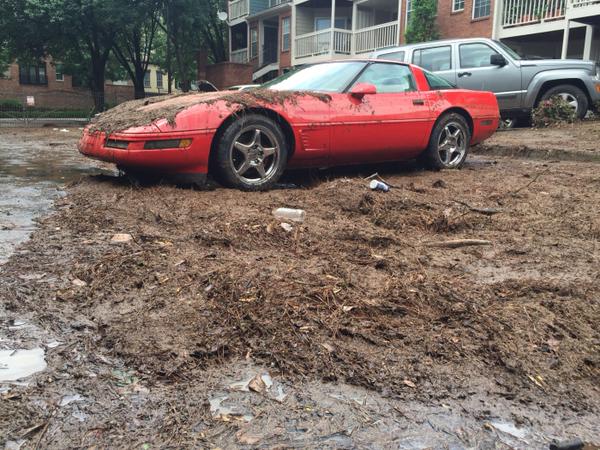