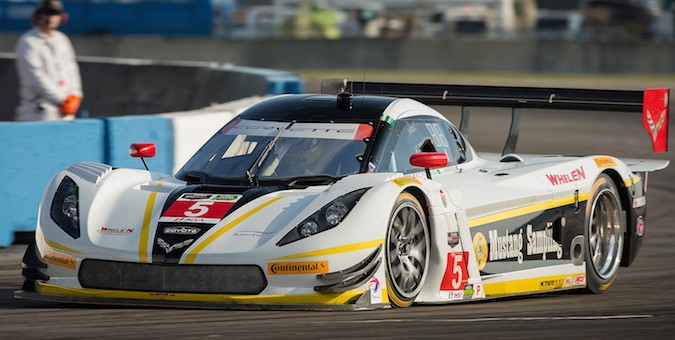 Action Express Racing currently leads the Tequila Patron North America Endurance Cup, however its only by a mere 6 points, making victory at the upcoming Sahlen’s Six Hours of The Glen this Sunday crucial.

Wayne Taylor Racing’s Ricky and Jordan Taylor, who are in a close second in the series, will be sure to make things difficult for Action Express’ Christian Fittipaldi, Sebastien Bourdais and Joao Barbosa come Sunday. Tied for second with them are Daytona 24 Hour winners Chip Ganassi Racing drivers Scott Dixon, Scott Pruett and Joey Hand.

Action Express, who are the reigning champs in TUDOR’s endurance sub-series, told local Tampa paper Highlands Today they’ll be looking for max points in order to make the final race of the series at Road Atlanta a little easier on them.

“We certainly want to score maximum points in the Sahlen’s Six Hours,” Barbosa said. “We were able to win the Patrón Endurance Cup last year, and after winning Sebring, we were able to put ourselves in a great position to defend this year. With a maximum of 10 points available by leading at halfway and winning at Watkins Glen, we can put ourselves in a very comfortable position for Petit Le Mans at the end of the year.”

The Sahlen’s 6 Hours of The Glen is set to kick off this Sunday at 10:00 a.m. ET and will be broadcast by FOX Sports 1. If you wont be by your TV or can’t tune in for all 6 hours, you can also stay updated by listening to IMSA radio on scanner channel 454.000 or Sirius channel 117.