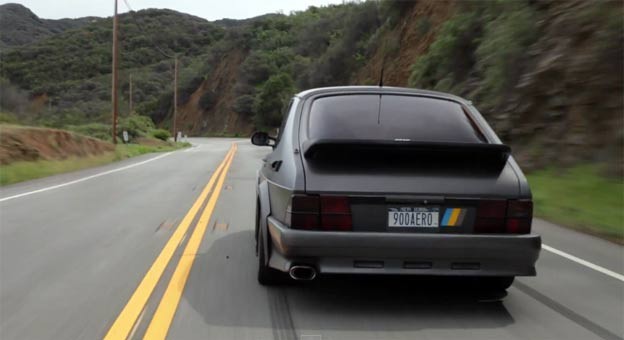 Matt Farah of /Drive says he’d be lying if he said he didn’t wish Saab was still around, and many of us on staff would agree. On this episode, he takes a trip down memory lane, and goes for a spin in Khaled Mounir’s collection of a couple of tuned Saabs. As an enthusiast, Mounir has modified his Saabs, one of them quite extensively. Here’s an idea of what that means before you feast your eyes on the video below.

The first Saab is Mounir’s souped up 900 Turbo, and it’s “as dialed in as you can get in a Saab 900.” It appears to have great performance all around, and sounds as good as it looks. To put that in perspective, it was handsome enough to get 1,000 likes on Instagram in less than an hour. #ModelStatus.

Next up is the 2002 Saab 9-3 Viggen. After the joy of having his first child, Mounir needed a bigger vehicle. He claims the Viggen is the perfect car for the job, and recommends it for anyone wanting a fun, versatile daily driver. At the time of its release, the Viggen made as much power as the twin-turboed V6 in the Audi S4. Despite that, Farah tells us the laggy 2.3 four-cylinder is as fast as he remembers.

Check these sweet, modified rides out for yourself, and be sure to let us know what you think in the comment section. Would you pick up a Viggen if you had the money, or would you go with something else?