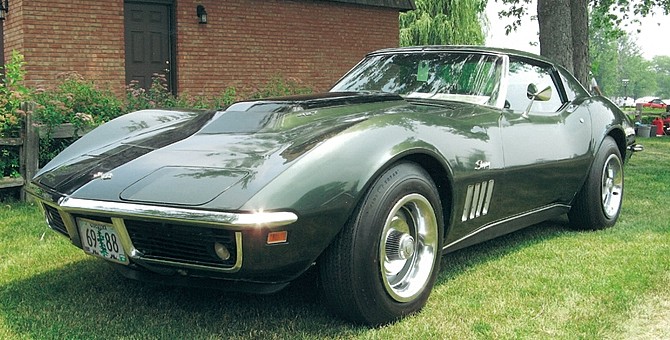 Normally, we wouldn’t write about just any 1969 Chevrolet Corvette scheduled to hit the block at Mecum Seattle on June 5-6. But this C3 is far from normal, as it posses one of the most highly-desired Corvette RPOs of all time: L88.

One of just 116 examples produced in 1969, this unmolested L88 has picked up numerous accolades over the years, achieving a Bloomington Gold Survivor status in all four categories – paint, interior, chassis and driveline – in 2007. It was also part of the Bloomington Gold Special Collection L88 invasion a year later.

Keen observers will also spot the one non-factory item on the car; an offset black racing stripe that runs the length of its Fathom Green body. And it looks damn good, at least from our perspective.

Like many Mecum listings we’re provided no indication of price, but you can guarantee this L88 won’t budge for less than six figures.

Check out the rest of the options below while you wait to catch the action live on NBCSN on June 5 from 11-1am and June 7 from 2-4pm and 11-1am.