Regular GM Authoritarians are all too familiar with our penchant for bizarre, barely believable kit cars. They make us laugh as much as they make us cry and we’re just plain curious to see what people come up with, even if they crush our souls more than watching Indiana Jones and the Kingdom of the Crystal Skull (Aliens? Really?).

We’re even more enamoured with engine swaps. Who doesn’t love to see a GM crate engine get stuffed into something like this? But what we have here is something completely different.

This Lamborghini Diablo is not a kit car or a remodel or a fake, it’s the real deal. And it’s powered by a 480hp LS3. Yup, seriously.

But there’s a little bit more to it than that.

Luckily, the build team didn’t bin a perfectly good V12; this build actually started out as a theft recovery vehicle where the engine and transmission were stolen. How one would “steal” a massive V12 and transmission out of a Diablo we’re not sure, but you have to hand it to the build team for seeing it as an opportunity, not a set back.

The car was actually built by Renegade Hybrids, a tuning company known for churning out some crazy Porsches. The team has a history with GM crate engines, as many of their Porsche projects run Small Block V8 engines.

With that in mind, it’s no surprise to learn that inside the Diablo sits a Porsche transaxle, adapter kit, clutch, shifter and a handful of other items. We’re also big fans of those Murciélago-look five-spoke wheels.

It might not be for the purists, but we’d love to get behind the wheel of this LS-powered devil. Plus, we imagine the repair costs have been reduced significantly as a result. 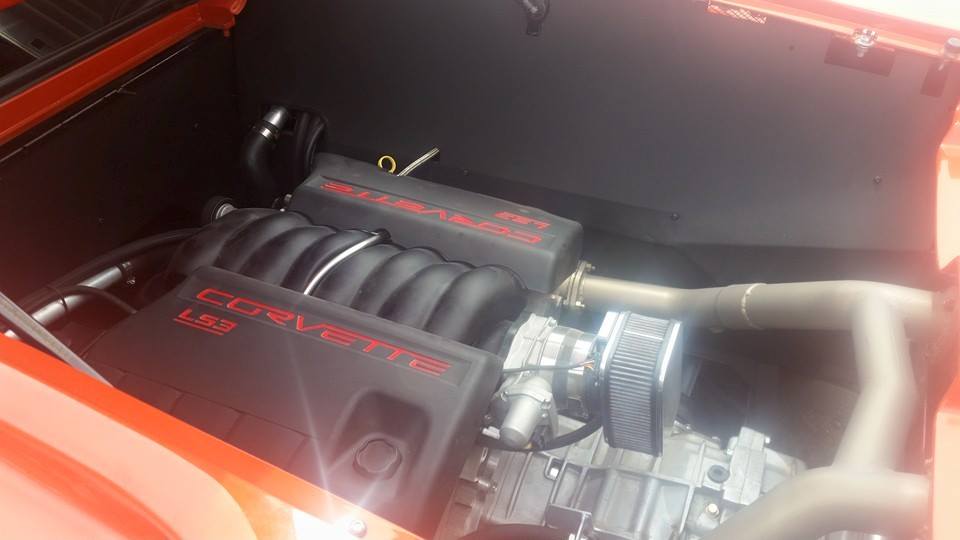